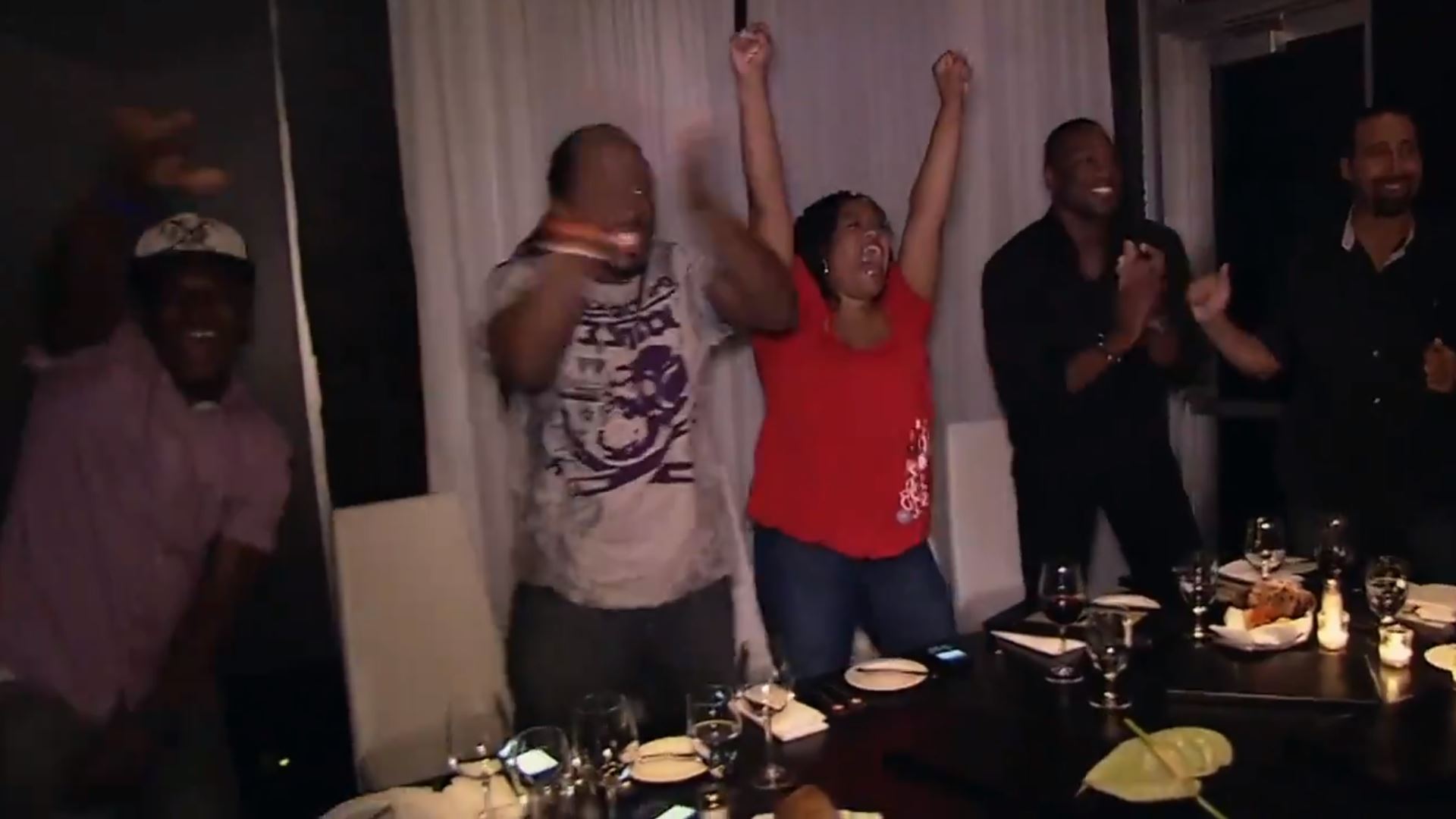 Back in 2010, LeBron James changed the entire landscape of the NBA when he decided to join the Miami Heat as a free agent.

In an incredible new video, Heat legend Dwyane Wade’s initial reaction to finding out about James’ decision to join him in Miami has been revealed.

Believe it or not, Dwyane Wade learned of LeBron's decision just like the rest of us. pic.twitter.com/bWNu9Omige

Together, the three stars would go on to lead the Heat to four straight NBA Finals appearances and two NBA championships.

While James ultimately left Miami to return to the Cleveland Cavaliers in 2014, he and Wade remain close friends to this day.

In fact, considering the fact that James’ Los Angeles Lakers do not play on the night of Wade’s Feb. 22 retirement ceremony in Miami, there is a slight possibility that the four-time MVP will make an appearance.

However, even if James is not there, there’s little doubt that the two players will celebrate the momentous occasion together at some point.

After all, Wade enjoyed many of his career highlights alongside James on the court at AmericanAirlines Arena.