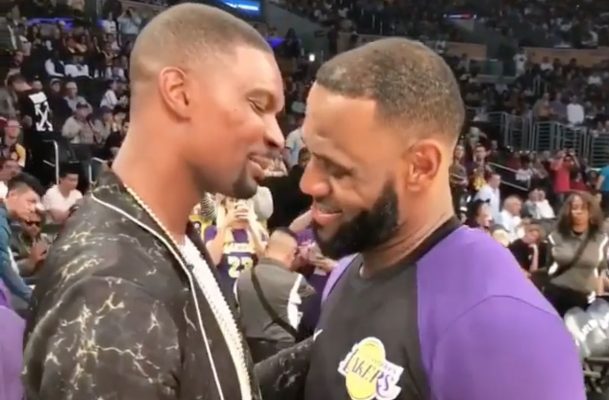 LeBron James was able to catch up with his friend and former Miami Heat teammate Chris Bosh as the Los Angeles Lakers hosted the Toronto Raptors Sunday. Bosh sat courtside at Staples Center as he showed his support for James.

James and Bosh have both shared a collection of memorable moments together, as they partnered with Dwyane Wade for four consecutive seasons beginning in the 2010-11 season and obtained two consecutive championships in 2012 and 2013.

Bosh, however, is the only member of the “Big 3” that is currently not active on an NBA roster. After his second blood clot diagnosis in 2016, Bosh stated that he’s attempting to make a comeback and is open to any team that will give him a chance regardless of the situation.
[xyz-ihs snippet=”HN-300×250-TextnImage”]