Kid Calls Out LeBron for not Participating in Dunk Contest! 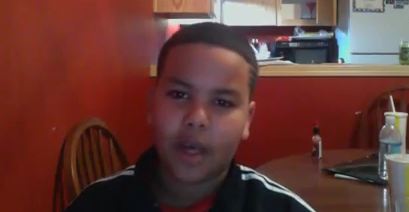 As you may have heard before, there is no way LeBron James is going to participate in the dunk contest, ever.  There are several reasons for this according to LBJ.

Reason No. 1: LeBron isn’t creative enough.  Throughout his career, LeBron has been known to be more of an in-game dunker than a dunk-contest dunker.  Don’t believe me?  Well, LBJ was in a dunk contest before in high school and the only reason he won was because he was the hometown favorite.  Other than that his dunks were more-or-less, mediocre.
Reason No. 2: LeBron has nothing to gain and everything to lose.  James even said it himself, “Why don’t you take a poll and see if you think I have more to lose than gain?”
Reason No. 3: It would ruin his Saturday night.  James said, ““If I decided to do it then I would have to win.  Otherwise it would be a waste of my Saturday night.”

No matter if you expect LeBron James to lose, if you root for or against him, if you hate him or love him, one thing certainly holds true, EVERYBODY and their mothers would probably love to see LeBron James in a dunk contest one day.