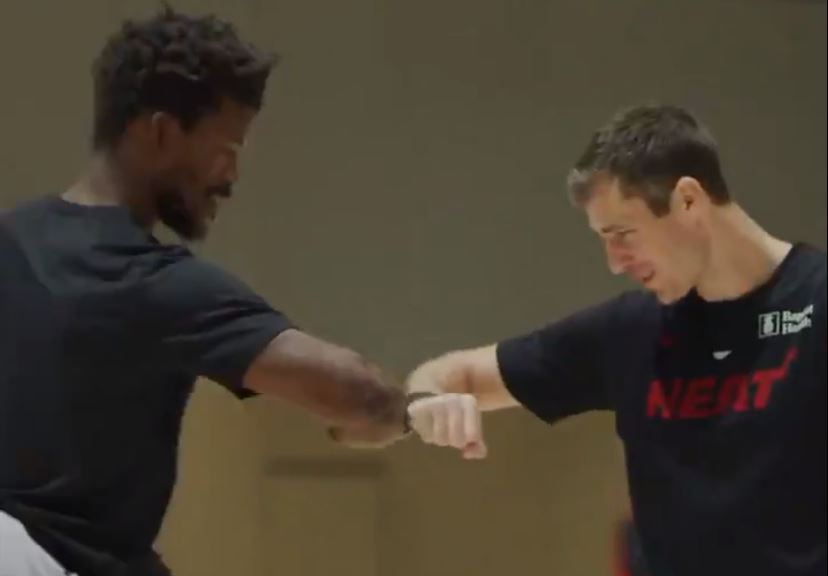 Miami Heat star Jimmy Butler showed off his dance skills and chemistry with teammate Goran Dragic in a video posted to the Heat’s official Twitter account on Wednesday.

Throughout the season, Butler and Dragic have built a strong friendship. In December, Butler said that the Slovenian was moving up on his all-time favorite teammates list.

After a hard-fought win against the Toronto Raptors in January, Butler dedicated an Instagram post to Dragic in Slovenian.

The two have been key to the Heat’s success so far this season.

Miami plays its first scrimmage of the NBA restart against the Sacramento Kings on Wednesday at 8 p.m. EST.

The Heat’s first official game back will be against the Denver Nuggets on Aug. 1.