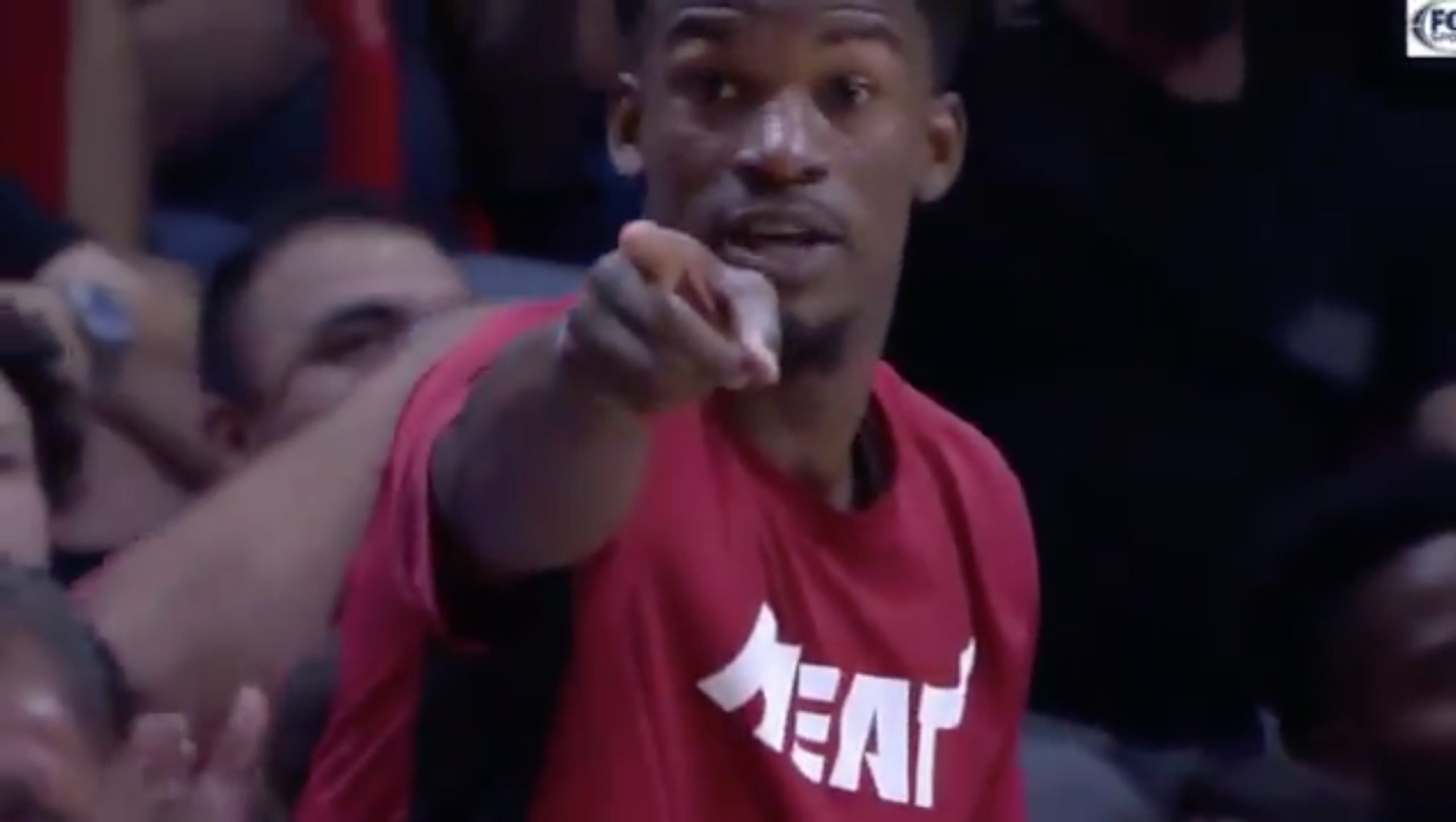 Jimmy Butler made a statement with a strong outing in his Miami Heat debut on Tuesday and based on a video of Butler from the Heat bench, he made his presence known vocally as well.

While taking a breather on the bench against the Atlanta Hawks, Butler was seen pointing at a player, while mouthing the word “b—-.”

Jimmy Butler points to someone and the floor and says “bitch”?pic.twitter.com/SGDccHJbR5

The statement Butler made on the court was impressive, as he recorded 21 points, five rebounds, three steals and two assists.

Though Miami had performed quite well in its three games without Butler while he was away due to the birth of his daughter, his presence on Tuesday delivered a clear jolt for the team.

Butler was one of five Heat players that finished the night with double-digit scoring. Bam Adebayo and Kendrick Nunn both delivered 17-point performances, and Goran Dragic and Tyler Herro dominated off the bench with 21 and 29 points respectively.

Up next, the Heat will face the Hawks once again on Thursday night. Considering the injury to star youngster Trae Young, it seems likely that the Heat will start off the 2019-20 campaign with a 4-1 record.