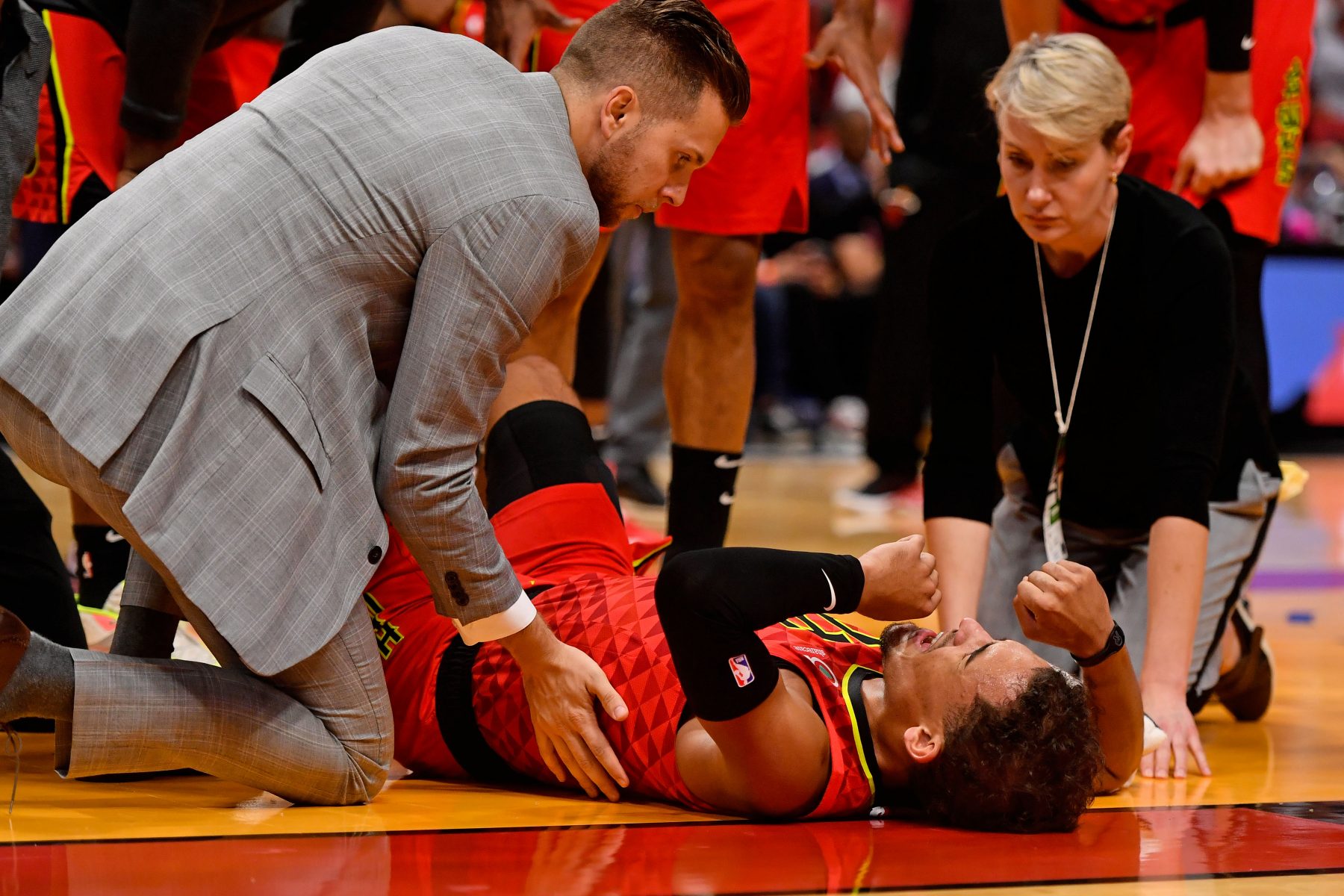 The Atlanta Hawks will be shorthanded against the Miami Heat on Thursday.

After suffering a right ankle injury on Tuesday, Hawks star Trae Young will be brought back cautiously by the team.

Hawks‘ Trae Young will miss Thursday’s game against Miami and return to the court next week, league sources say. Best case scenario for Young and the Hawks. https://t.co/zXjfk4MHOI

Young, 21, was helped off the court after rolling his ankle in a 112-97 loss against the Heat on Tuesday. The second-year guard didn’t return after scoring just five points in 11 minutes.

Trae Young rolled his ankle and I hate everything pic.twitter.com/dOacv41DRD

Young is averaging a career-high 26.8 points, 7.3 assists and 5.0 rebounds per game this season.

While the injury left Hawks fans with a scare on Tuesday, it was all fun and games for the Heat. Newcomer Jimmy Butler made his Heat debut, putting up 21 points, five rebounds and three steals in 31 minutes of action.

Through four games, the Heat have an encouraging 3-1 record to start the season.