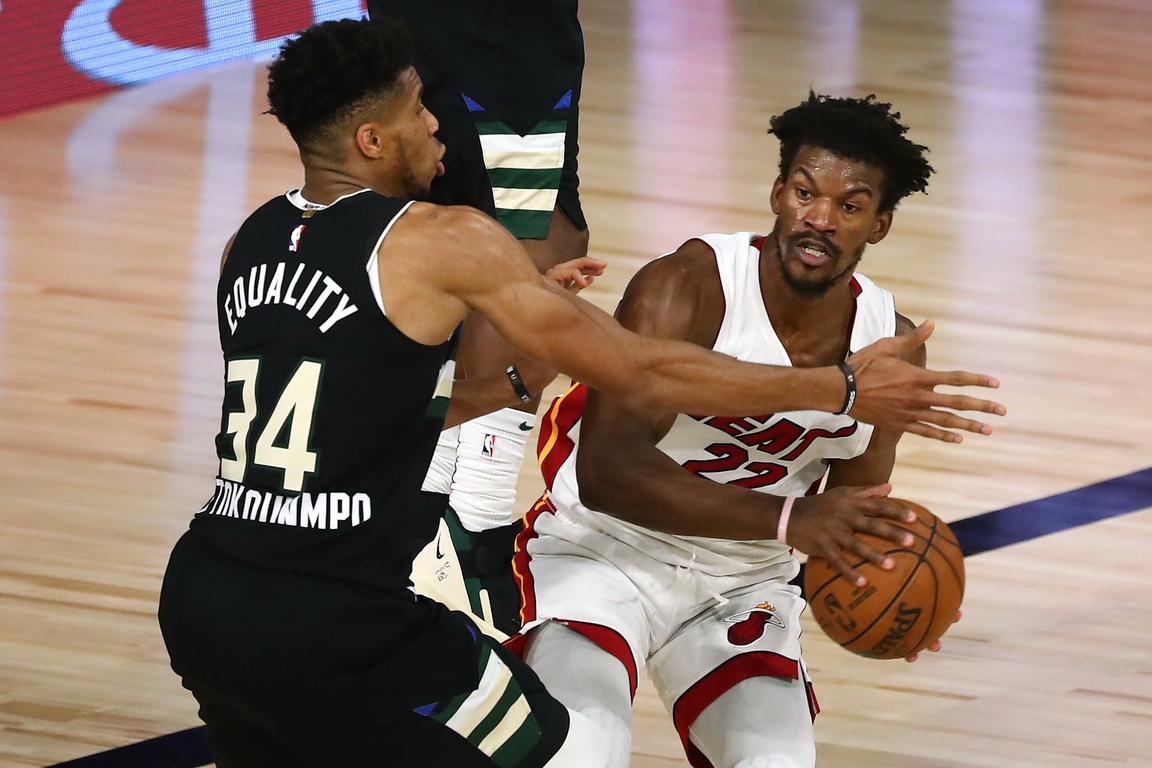 Miami Heat star Jimmy Butler scored 30 points to lead the Heat to a 115-100 victory over the Milwaukee Bucks on Friday, putting the Heat up 3-0 in their best-of-seven second-round series against the Bucks.

In the fourth quarter of the game, Butler scored a crucial bucket over Bucks superstar Giannis Antetokounmpo that put the Heat up five. Right after scoring, Butler looked at the Bucks bench and passionately yelled, “He can’t guard me!”

Jimmy Butler scores on Giannis in clutch, looks right at the Bucks bench and says “He cant guard me.” pic.twitter.com/uruqgcvFdS

In recent days, Antetokounmpo had received criticism for not guarding Butler enough in the first game of the series. After Game 1 of the series, a reporter asked the 25-year-old why he didn’t guard Butler, which angered Antetokounmpo.

The Heat entered the fourth quarter of Friday’s matchup down 12 points. Butler then scored 17 points in the fourth to lead the comeback victory for the Heat.

With Friday’s victory, the Heat improved their record in this year’s playoffs to 7-0.

Miami will attempt to close out the series in Game 4 on Sunday at 3:30 p.m. EST.