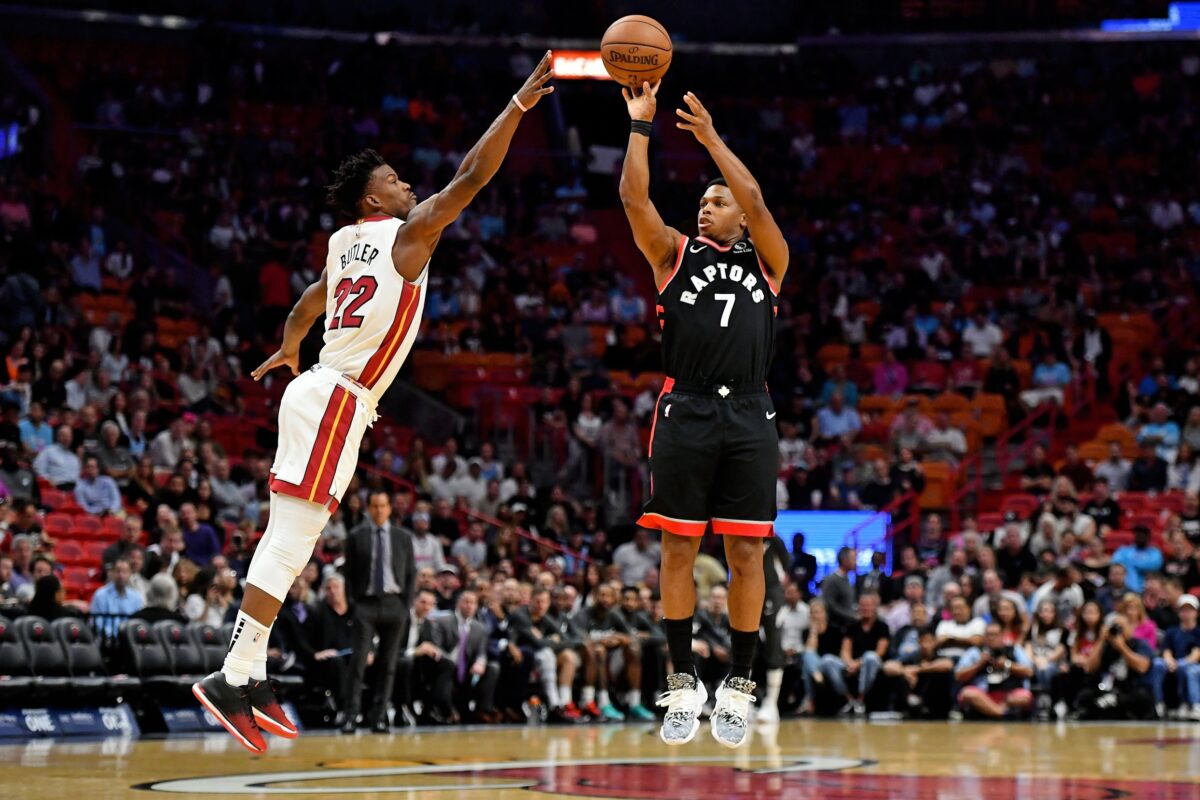 If the Kyle Lowry-to-Miami Heat rumors weren’t loud enough prior to this year’s trade deadline, they may have gotten louder with the latest revelation from Heat superstar Jimmy Butler.

Buter has said publicly that he’s very good friends with Lowry, and when asked by Lindsay Czarniak who his favorite player to go against is, he gave some very personal insight.

“Probably Kyle Lowry,” said Butler. “Just because he’s one of my absolute best friends. He’s the godfather of my daughter. As competitive as it is, we’re always laughing, we’re always joking around. I would say something else, but then the NBA is gonna look at this and be like, ‘Oh my god, he’s tampering.'”

The Heat were rumored to have targeted Lowry before the trade deadline, but the Toronto Raptors’ asking price of either Tyler Herro or Duncan Robinson proved to be a sticking point.

Lowry and the Raptors are struggling to hang on and qualify for the league’s play-in tournament, while the Heat are barely keeping their heads above water with a 32-30 record, good for seventh in the Eastern Conference.