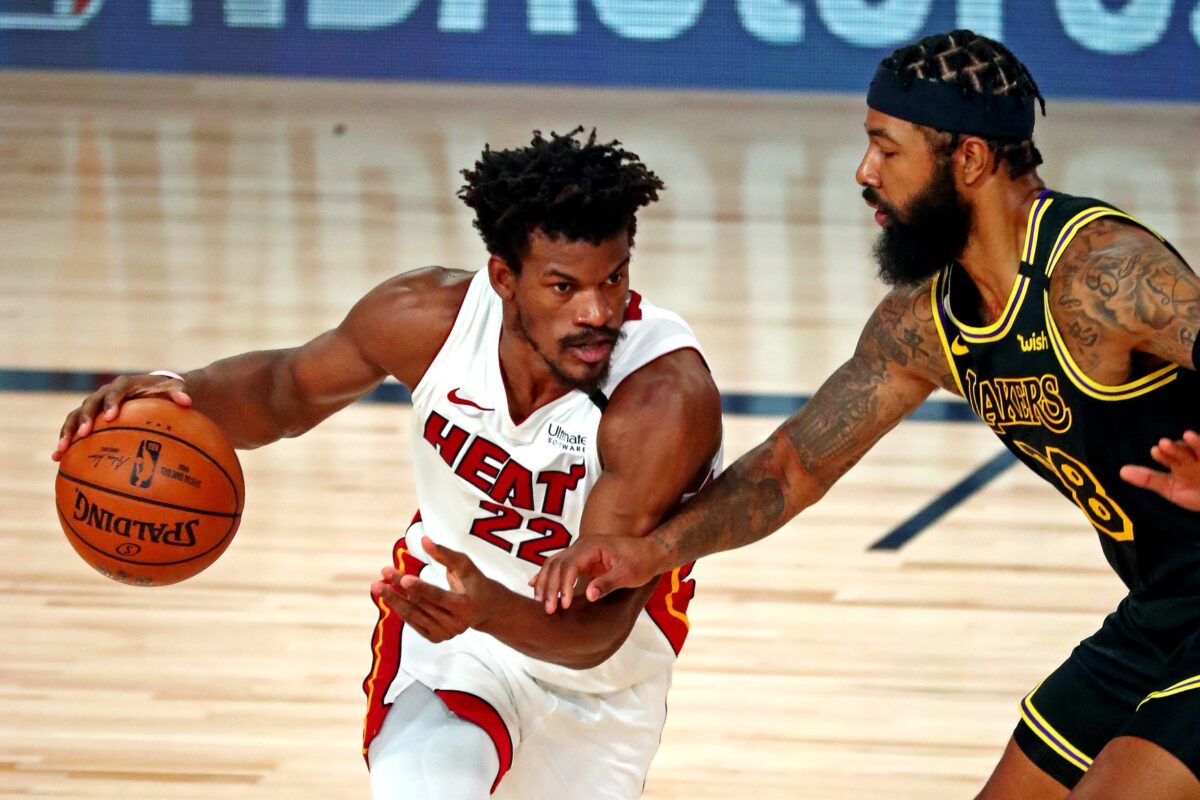 The Miami Heat are in a dire situation, as they’re down 0-2 in the NBA Finals after losing Game 2 to the Los Angeles Lakers 124-114.

Furthermore, they’re banged up, as All-Star Bam Adebayo and veteran guard Goran Dragic were unable to play on Friday due to injuries.

Still, Jimmy Butler remains confident and defiant, as he’s refusing to give up.

Butler did his part in Game 2 with 25 points, eight rebounds and 13 assists.

But it wasn’t enough, as Anthony Davis and LeBron James had 32 and 33 points, respectively, for L.A.

After falling behind big in the first half, Miami kept hanging around in the fourth quarter, but it couldn’t muster enough offense to make it a true contest.

If Dragic and Adebayo are unable to play in Game 3, the Heat will be hard-pressed to compete, let alone win the championship.