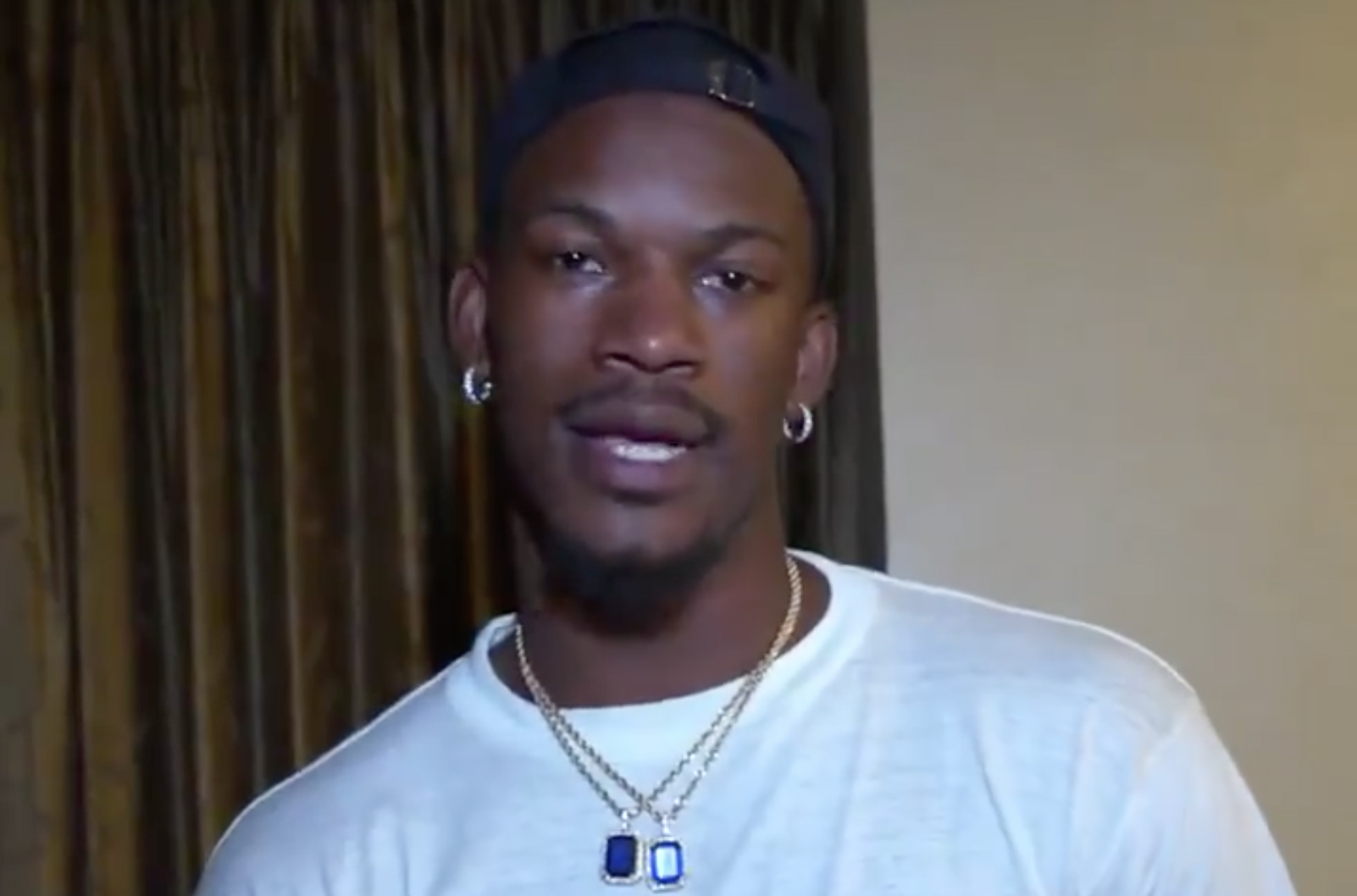 Jimmy Butler has always been a passionate player who wears his emotions on his sleeve, and he will no doubt bring that pride and passion to a Miami Heat team that has lacked true star power in recent seasons.

On Sunday, Butler officially his new contract with the Heat, and the four-time NBA All-Star made it clear that he is looking forward to playing for his new team and leaving it all on the court for them.

The way Jimmy threw the pen after signing ?

Butler also gave his message a bit of levity by saying that if anyone wants to challenge him in dominoes, he’ll be available.

Butler, who will turn 30 in September, was acquired in a big trade earlier this week from the Philadelphia 76ers. He reportedly turned down a five-year, $190 million contract with the Sixers, only to ultimately accept a shorter four-year, $142 million deal with the Heat.

Butler averaged 18.7 points, 5.3 rebounds, 4.0 assists and 1.9 steals per game in the 2018-19 season. He has been named to the All-NBA Third Team twice and the All-Defensive Second Team four times.