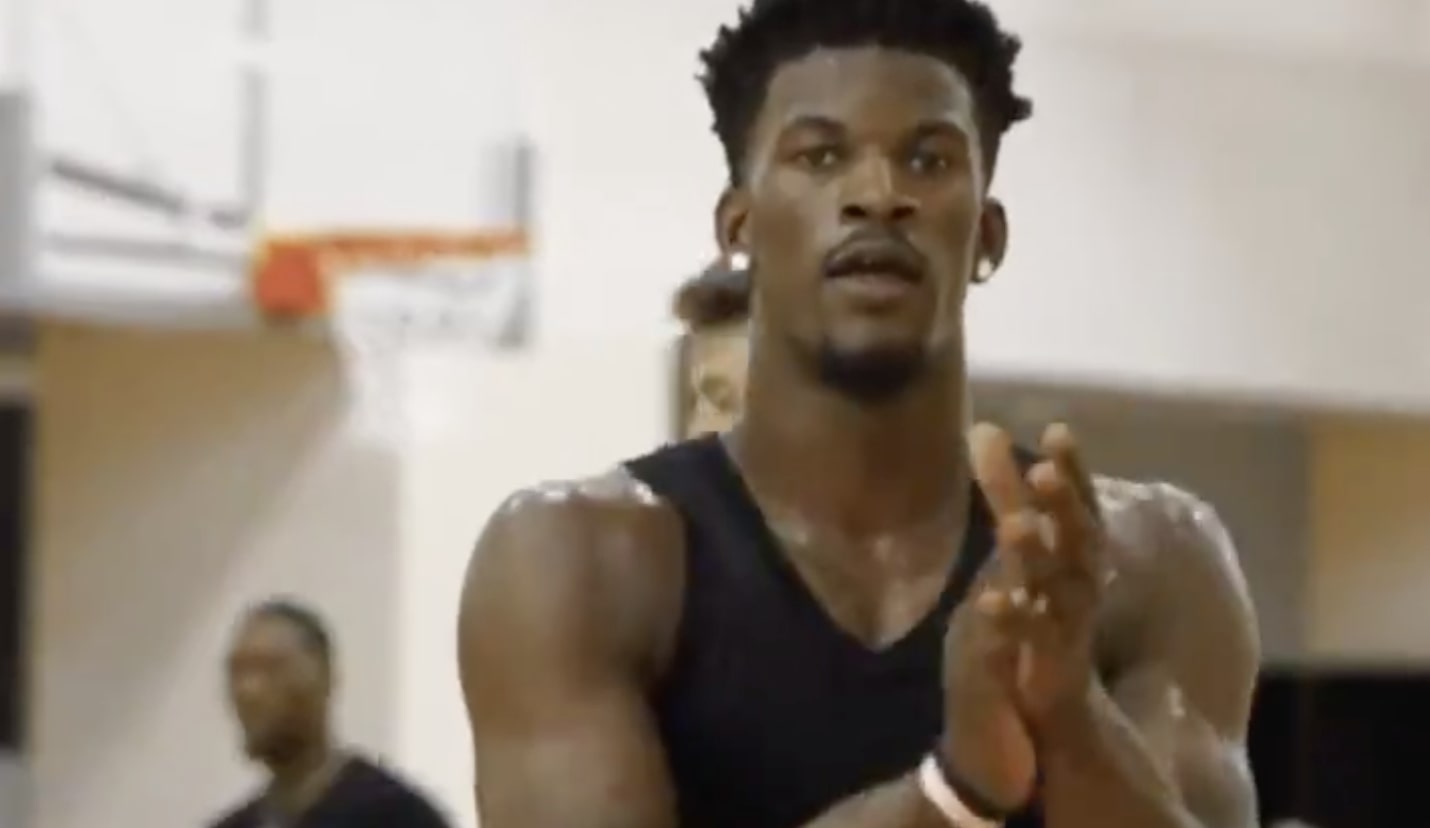 The moment the Miami Heat finalized the trade for Jimmy Butler this offseason it was assumed that he would become the singular leader of the team. That plan seems to be playing out just fine.

In a video recently released by the team’s Twitter account, Butler can already be seen taking the reins in practice amongst his Heat teammates.

Other players in the video include Tyler Herro and James Johnson. Herro and Butler have already seemingly built a strong bond, training in both Chicago and Miami in recent weeks.

As for Johnson, it won’t be much of a surprise if he and Butler end up becoming close. Both are known to be incredibly intense individuals who love nothing more than the competitive aspect of basketball.

Perhaps the most exciting moment of the video is when Butler can be heard yelling from the court.

The Heat are just under one month away from opening night on Oct. 23. In that time, Butler and the rest of the Heat will look to not only grow as individuals, but also grow as a team as well.

From this video, it seems like that growth is already starting to take place.