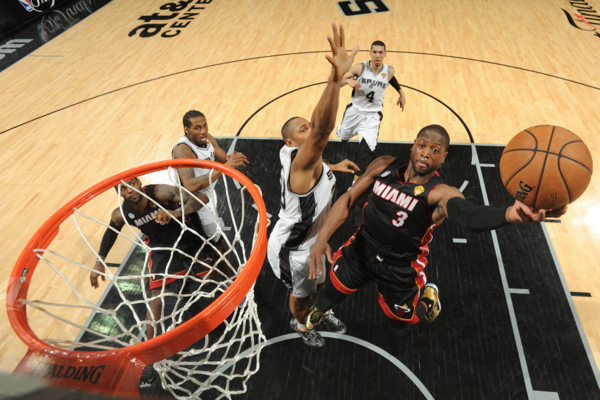 It’s always a mystery as to which Dwyane Wade we will get. Old, vintage, MV3, Flash D. Wade? Or gimpy, ailing, ‘I’ll try my best’ D. Wade? If we have any chance against the Spurs this year it’s gotta be the former. Here’s a reminder of what Wade is capable of on the NBA’s brightest stage.

These are full highlights of Dwyane Wade in Game Four of the 2013 NBA Finals against the San Antonio Spurs.