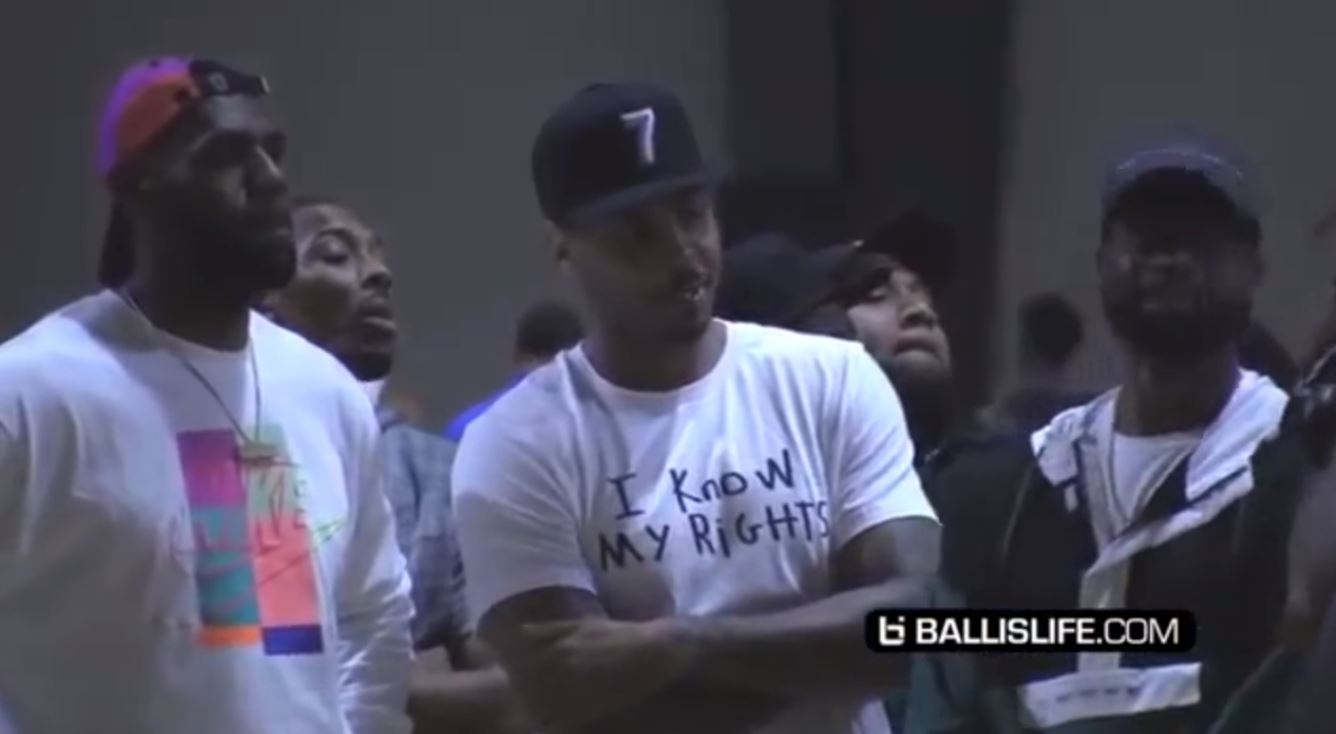 James Jr., nicknamed “Bronny,” put on quite a show for his superstar dad and friends. And the three NBA players, who have a combined 38 All-Star appearances, seemed pretty impressed.

It was the first EYBL showing for LeBron James Jr., who is already attracting attention from scouts of colleges and NBA teams.

He won’t be able to join the NBA for a while, as he’s only 14 years old. Still, if he continues on his current trajectory, he may make it to the pros.

His father has expressed a desire to play until then. James just completed his 16th NBA season, but he averaged 27.4 points, 8.5 rebounds and 8.3 assists per game. He has a lot of gas left in the tank.

James has stated that he would like to stay in the NBA long enough to play a game against his son. That’s looking like more and more of a possibility.

It wasn’t the first time this week that James, Wade and Anthony had taken in an EYBL game. Just a few days prior they watched Wade’s son, Zaire, put on quite a show.
[xyz-ihs snippet=”HN-300×250-TextnImage”]