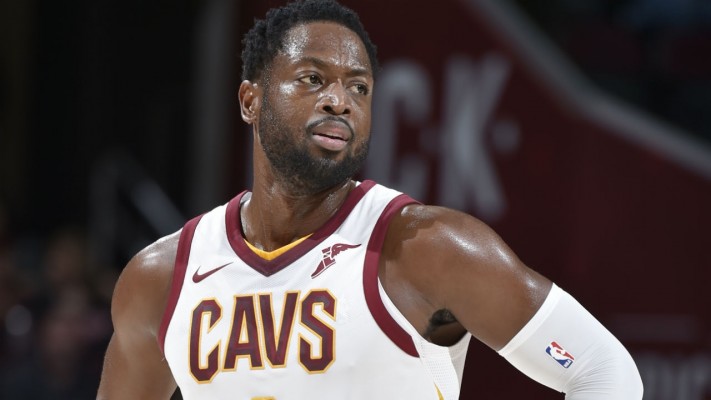 Golden State Warriors superstar Steph Curry has embarrassed many NBA players with his sublime skill set, and that includes some fellow superstars.

Miami Heat legend Dwyane Wade told the NBA on TNT crew about one time that Curry humbled him as a member of the Cleveland Cavaliers.

.@DwyaneWade talks about having to guard @StephenCurry30 while he was in Cleveland 😂 pic.twitter.com/a9v1OIwzkQ

“When I got to Cleveland, I was about done, and I had to guard Steph,” said Wade. “Never guard Steph before really like this. … I was like, ‘All I gotta do is get up on his dribble, make him go a certain way.’ But when Steph gave the ball up, and you guys know Steph, when he runs he got that little head down. He would run, put his head down and he would go through two screens on the other side of the court so fast, and when you got big shoulders like me, you’re not getting through those. So you gotta be a slender guy to guard Steph. But he’s amazing off the ball, and that’s the one thing that the highlights don’t always show.”

Curry is the greatest outside shooter in NBA history. His ability to hit deep 3-pointers with one or two men tightly guarding him is truly remarkable.

But one reason he’s able to get so many good looks from downtown is his ability to move without the ball and use screens from his teammates to get enough daylight to hit shots.

Wade signed as a free agent with the Cavs just prior to the 2017-18 season, which allowed him to reunite with LeBron James.

However, the Chicago-area native was traded to Miami at midseason, which deprived the basketball world of an opportunity to see him guard Curry, at least in certain situations, during the NBA Finals that June.