Dwyane Wade and Zaire Wade Have Dunk-Off in Gym 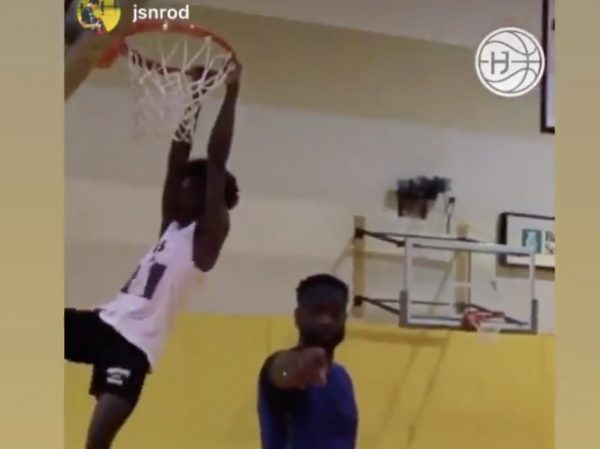 Dwyane Wade is officially a retired basketball player, and it seems the former Miami Heat star is already enjoying his free time.

On Saturday night, a video of Dwyane Wade and his son Zaire having what looked to be a dunk-off in an empty gym was posted to Instagram.

By the looks of it, Zaire is close to matching his father’s athletic ability.

The highlight of the video undoubtedly takes place at the very end when Dwyane Wade perfectly places the ball for his son to complete the alley-oop dunk.

Now, it looks like the gesture is being reciprocated as Zaire Wade prepares for his final high school season.

With Dwyane Wade having a lot more free time these days, it won’t be a surprise to see the two in the gym together quite a bit.
[xyz-ihs snippet=”HN-300×250-TextnImage”]