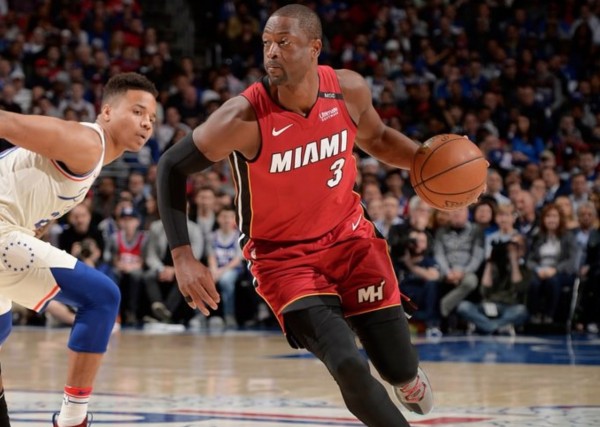 Dwyane Wade put on a show for the ages in Monday night’s victory over the Philadelphia 76ers, and he’s feeling pretty good about it.

After losing Game 1 of the first-round playoff series by nearly 30 points, Wade led the Miami Heat to a much-needed Game 2 win and recorded 28 points, seven rebounds, three assists and two blocks along the way.

Following the game, Wade told the press exactly how it feels to put on that kind of a performance when it matters most.

“To be able to hush a whole crowd, that’s a great feeling. That’s a feeling I hope my son feels one day.”@DwyaneWade after scoring 28 points in Game 2 against the Sixers. pic.twitter.com/6QIJHOqjGW

“It’s a great feeling when you go into that bag,” Wade said following the game. “Especially when you’re on the road. When you got people like Kevin Hart talking on the sideline. When you got the crowd going through and saying all the things they’re saying. I heard a lot of things tonight and it’s all just used as motivation.

“To be able to hush a whole crowd, that’s a great feeling. That’s a feeling that I hope my son feels one day. It’s an amazing feeling”

Wade is known across the NBA as a consummate competitor. Monday night’s performance and his comments afterward proved just that.

With the win, the Miami faithful are guaranteed to see at least three more performances by Wade this season. Given the fact that Wade himself has admitted that he may consider retirement this offseason, it would be wise to savor every last one, especially since it seems that the future Hall of Famer has saved the best for last.
[xyz-ihs snippet=”HN-300×250-TextnImage”]