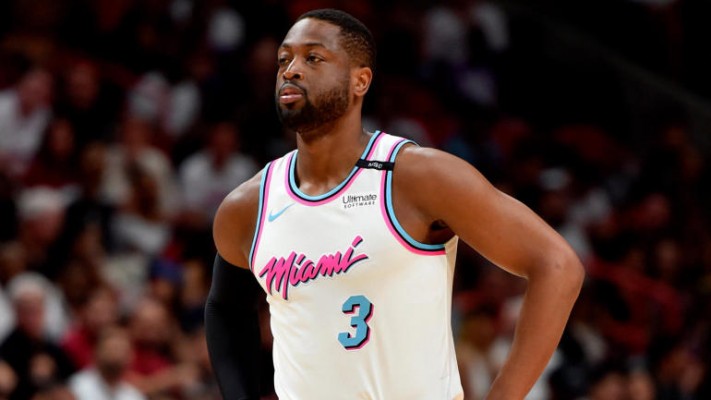 When Dwyane Wade was traded to the Miami Heat back on Feb. 8, the three-time NBA champion said he plans to stay until he hangs up his jersey for good. The only question remaining is, how long does he plan to continue playing?

According to Barry Jackson of the Miami Herald, Wade plans to decide whether or not he will continue his NBA career in the upcoming offseason.

“I don’t know,” Wade said. “I have told everybody around me that I am taking it after this season and go from there. It’s the first year I’ve ever went into the summer with that mindset. I always went into it as a free agent or opting out of a deal to get another deal. This is the first summer I can say I’m just going into the summer and see how I feel and see the position this organization is in and go from there. I’m not really concerned with it, honestly. I’m cool with whatever I decide to do. It will be my decision.”

Wade admitted that he needs to determine whether or not he wants to continue playing.

“Definitely,” he said. “You definitely have to check that. A lot of things go into it. Do you want to put that same grind in again? As you get older, it’s a different kind of grind to get ready for games, to get your body ready. [And] can you mentally go through another year and give it your all and not be checked out in the middle of that season?

“[Udonis Haslem] always talked about, as you get older, you take it year by year. But this is the first summer that I will go into the summer and say I ain’t got much hair left, but I’m going to let my hair down and look at everything as a whole, my family and basketball. Being back here helps that situation for me, makes the decision even easier since now that I’m back already. And sit down with Pat [Riley] and Micky [Arison] and everybody and see what’s best for me and go from there.”

As for Wade’s legacy, it is no surprise that he will go down as the greatest player to ever put on a Heat jersey. If he decides to play next season, he would have the opportunity to continue his legacy and add to his impressive career stats. Wade is currently second all-time when it comes to blocks by an NBA guard with 835 blocked shots. Michael Jordan currently hold the record with 893. If Wade was to play next season, it’s likely he would be able to claim the top spot.

“Being in the same company as Michael Jordan in anything is meaningful,” he said. “[I’m] always taking pride in being someone who’s 6-4 and being able to affect the game up in the air, before they get in the air and affect it that way. I get way more excited with blocks than getting a dunk right now.”

As for the rest of his career numbers, the 12-time All-Star said he could have never imagined the success that he’s enjoyed in his storied career.

“I am humbled and amazed by being able to pass some of the people I passed. I just passed Larry Bird. Wow. When I got drafted here, I never set out to do that.”

It seems Wade has a lot of thinking to do once Miami’s 2017-18 campaign comes to a close. Even if he does ultimately decide to call it quits, seeing Wade in a Heat jersey has made this season a special one for Miami fans everywhere.
[xyz-ihs snippet=”HN-300×250-TextnImage”]