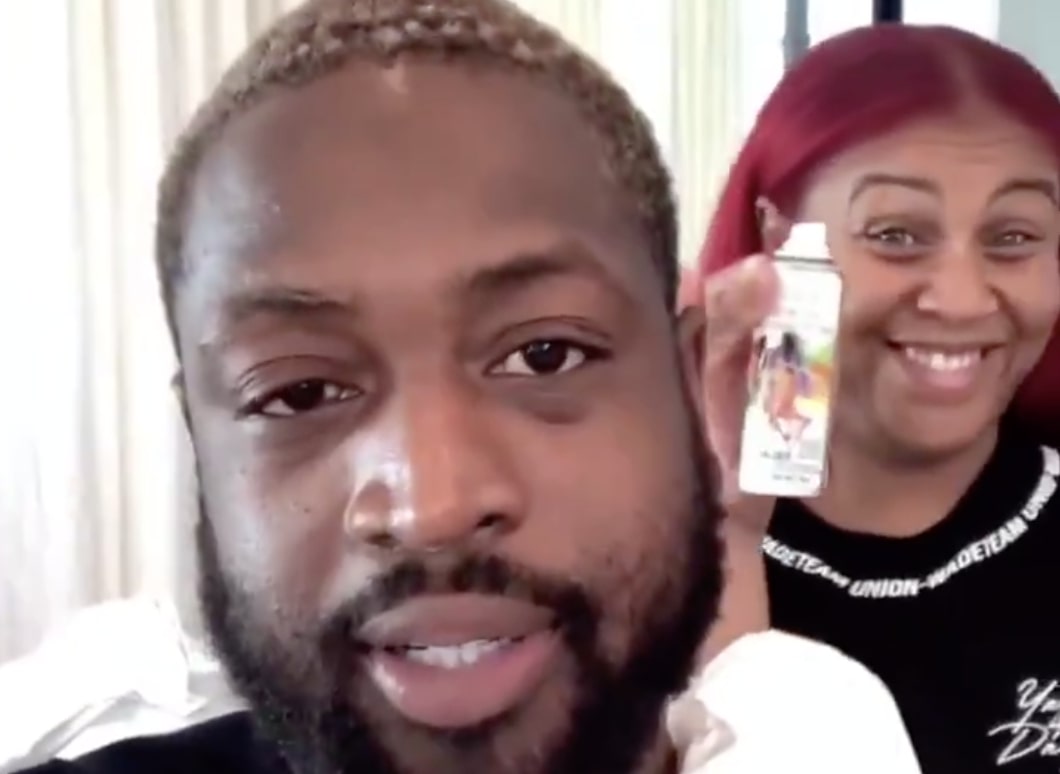 Miami Heat legend Dwyane Wade put it all on the line during the NBA Finals with a bet that now has to be paid.

The three-time NBA champion made a bet with avid Los Angeles Lakers fan Cari Champion, and she’s come to collect with the retired superstar having to do something he’ll likely regret.

. @DwyaneWade holds up his end of the Heat-Lakers bet with @CariChampion and gets a big, purple ‘L’ sprayed on the back of his head 🤣 pic.twitter.com/CL3lTt5zWU

Along with making a bet with Champion, Wade made a bet with his former teammate and Hall of Famer Shaquille O’Neal. The loser must hand over an NBA Finals MVP trophy, so O’Neal could be the next one to come calling.

Although the Heat put up a fight against the star-studded Lakers, LeBron and company were just too much to handle for Erik Spoelstra’s squad. Miami fell to Los Angeles in six games with a blowout in Game 6 sealing the deal.

Despite the loss and Wade now feeling the brunt of losing multiple bets on his former team, the Heat are expected to be a force to be reckoned with for many years to come.

Miami is loaded with young talented players like Tyler Herro, Bam Adebayo and Kendrick Nunn that can only improve from here on out. It’s not beyond the realm of possibility that these two teams meet in the NBA Finals once again down the road.