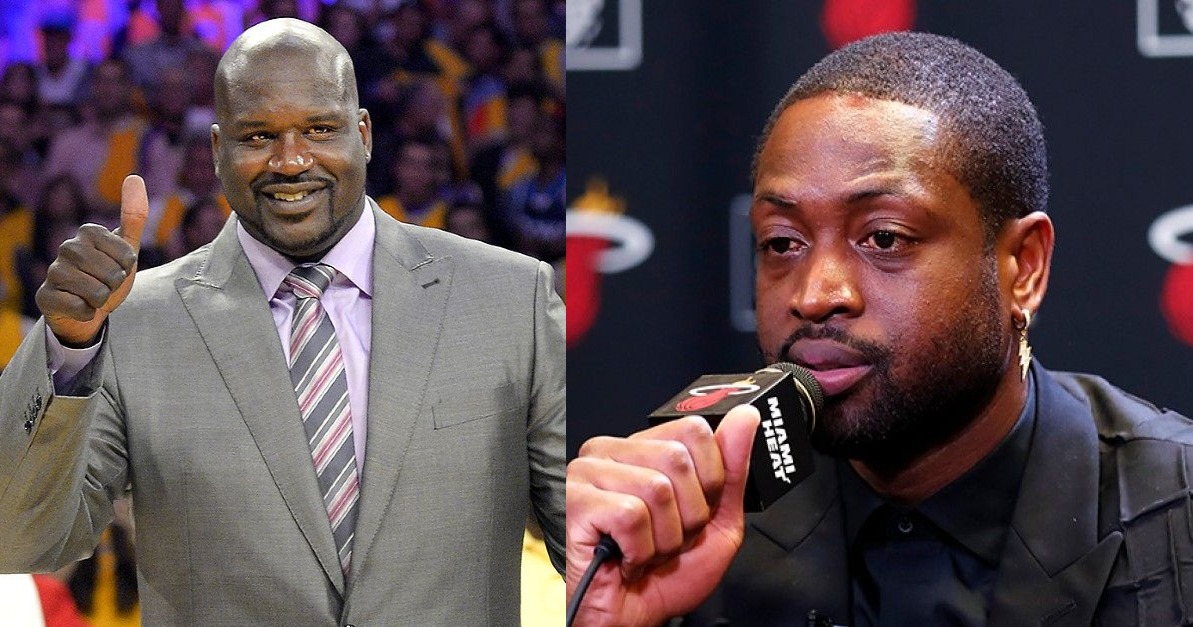 The Los Angeles Lakers and Miami Heat are set to go head to head in the NBA Finals with two legends from both teams laying down a huge bet ahead of Game 1 on Wednesday night.

Shaquille O’Neal and Dwyane Wade have seven NBA titles between them. O’Neal won three titles with the Lakers and one with the Heat, but his allegiance is going to Los Angeles in this series, while Wade is sticking with the team he helped win three rings.

“If the Heat win I’ll give you one of my trophies.” 👀@DwyaneWade and @SHAQ make a friendly wager ahead of the #NBAFinals pic.twitter.com/TL5JCoZYe8

“If the Heat win, I’ll give you one of my trophies,” O’Neal told Wade.

Wade agreed and is willing to give up his NBA Finals MVP trophy as well. Unlike O’Neal, who has three NBA Finals MVPs, Wade only has the one trophy.

“If the Lakers win, you can have that,” Wade said to O’Neal.

Ahead of Game 1 on Wednesday night, the Lakers are the clear favorites to win the series with the Heat sporting the underdog label once again after three rounds in the playoffs of proving their doubters wrong.

As the NBA bubble has shown, anything can happen with Miami’s squad being proof of that. The Lakers are a juggernaut with two superstars leading the way in LeBron James and Anthony Davis, but the Heat are as resilient and confident a team as there is in this league with nothing to lose in this winner-take-all series.