Dwyane Wade Offers Inside Look Into His D. Wade Invitational 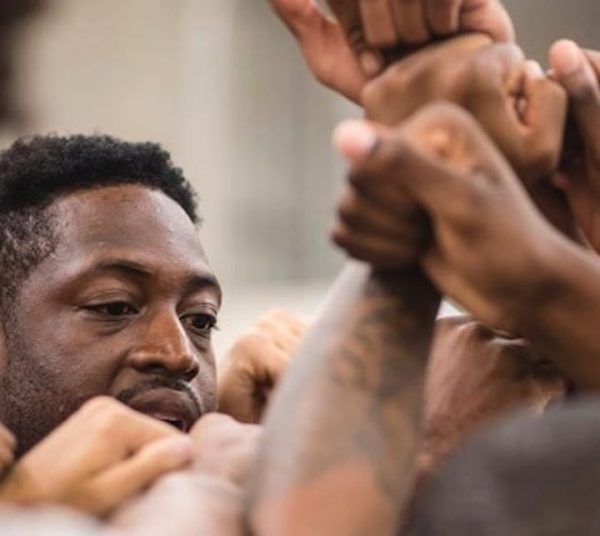 The 2019 D. Wade Invitational is underway and Miami Heat legend Dwyane Wade offered up an inside look at how the first day went via his personal Instagram account.

A BIG thank you to every player that took up #TheInvite. Day 1 was a success. Much more to come…we just getting started. #DwadeInvitational #TheInvite

He also shared some images from the first on-court scrimmage.

It’s about brotherhood, knowledge of the game & the next generation. We putting in that work all week! #DwadeInvitational #TheInvite #FeelNoLimits ?: @biofreeze

The former Miami Heat star’s purpose for the invitational is “to infuse his knowledge of the game into the next generation of rising stars.”

The D. Wade Invitational brings together select basketball players from around the league to learn, train, and scrimmage with their peers while building camaraderie at the same time.

Among those in attendance are Collin Sexton, Julius Randle, Jaren Jackson Jr., De’Aaron Fox and many others.

As a 13-time All-Star, Wade is passing along a wealth of knowledge from playing 16 years in the pros.

The respect that Wade has from players around the league was evident during his final NBA season when he routinely exchanged jerseys with stars and role players alike after nearly every game.

Dubbed “One Last Dance,” Wade’s farewell tour was a well-deserved tribute to one of the greatest players to set foot on a basketball court.

In addition to the aforementioned attendees, Wade’s son, Zaire Wade, appears to be one of the participants as well. The invitational surely serves as an excellent opportunity for the 17-year old to prepare for a possible future career in the NBA.