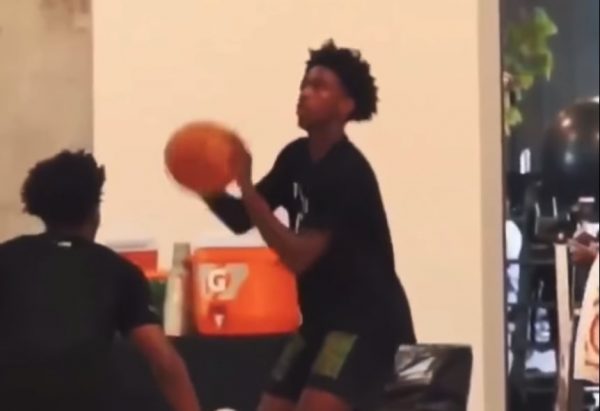 Zaire Wade may have what it takes to become a professional basketball player someday. He proved that by holding his own against a couple of NBA stars in a recent scrimmage.

A video that was shared on social media showed Wade knocking down shots against sophomore guard Collin Sexton and veteran Brandon Knight.

Wade appears to have many of the same tools that his father utilized during his storied NBA career.

The confidence that the 17-year-old has is also reminiscent of his father’s swagger, which was evident from the former Miami Heat star’s rookie year to his final NBA season.

Wade will be playing his senior year of high school basketball at Sierra Canyon School. He will be joined by LeBron James Jr., Ziaire Williams, Brandon Boston Jr., Terren Frank, and Amari Bailey.

While Wade still has a long way to go to make it to the NBA, he’s surely improving his odds by getting this kind of invaluable experience.