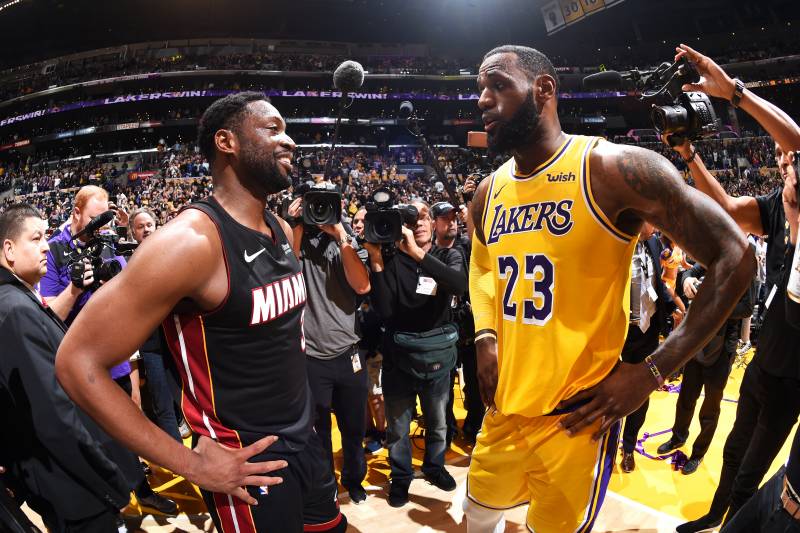 After Miami Heat legend Dwyane Wade played his last game in the NBA, he had to let everyone know he’s better than Los Angeles Lakers superstar LeBron James in at least one category.

D-Wade let Bron know he is better than him in at least one category ? pic.twitter.com/2wwK5Q5APd

“So I’m trying to grow my hair and also show the people around me that at 37 I can still keep it going. So, that’s the one thing I got on LeBron,” Wade joked. “Besides that, he got a lot. I can’t say much else, but I can always use the hair thing so I got to keep something in our friendship that I can use against my guy.

James and Wade are very close friends, so much so that the four-time MVP came to the Heat icon’s final career game. The two All-Stars both came out of the 2003 NBA Draft and have had tremendous careers.

While James’ ride has accumulated more accolades, the two friends have shared a ton of success together. Playing together from 2010 to 2014, the dynamic duo went to four straight NBA Finals, captured two championships and put on some of the best two-man highlights in league history.

Before Wade hung it up on Tuesday, the 6-foot-4 shooting guard went out in style. In his last career game, the veteran recorded an impressive triple-double of 25 points, 11 rebounds and 10 assists. Although the Heat lost the contest, fans were treated with vintage performance for the ages.