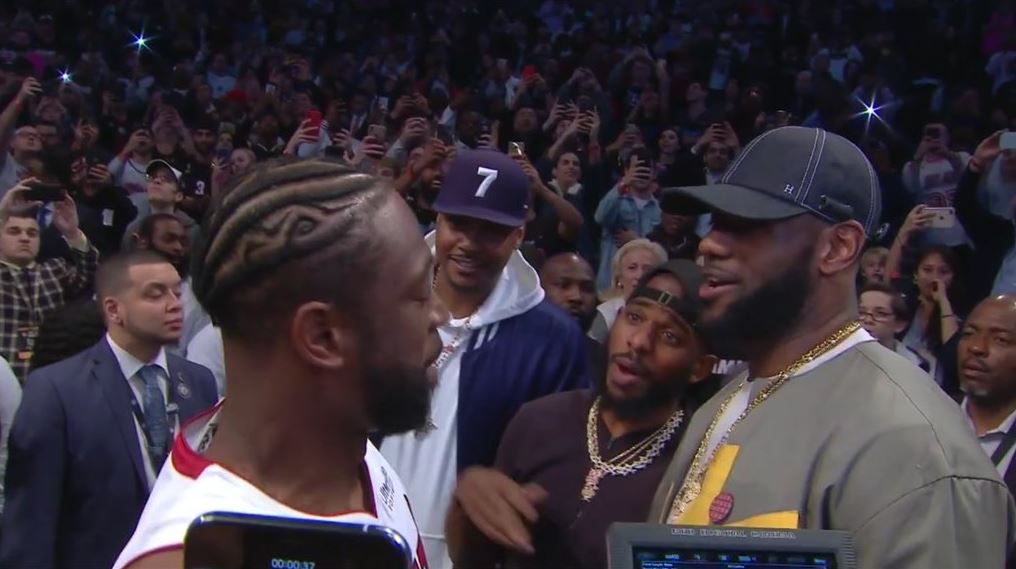 Get your tissue boxes ready. Dwyane Wade’s final game in the NBA has already begun.

Before tonight’s game versus the Brooklyn Nets began, however, some of Wade’s closest friends took to the court to offer their love and support.

Former teammate LeBron James and close friends and fellow stars Chris Paul and Carmelo Anthony all made sure they were in attendance for Wade’s grand finale on Wednesday night.

Bron, Melo and CP3 in the house to watch #OneLastDance

Along with Wade, James, Paul, and Anthony have been some of the biggest NBA stars of the last decade and a half.

While they were once the clear faces of the league, the fact that only one amongst the four (Paul) is advancing to the postseason this year is a clear sign that times are indeed changing.

Still, it is wonderful to see that they came to show their love and support for Wade not only as competitors, but as lifelong friends as well.

In this continued era of player empowerment, it will be fascinating to see what these four stars decide to pursue and achieve in their careers after basketball.
[xyz-ihs snippet=”HN-300×250-TextnImage”]