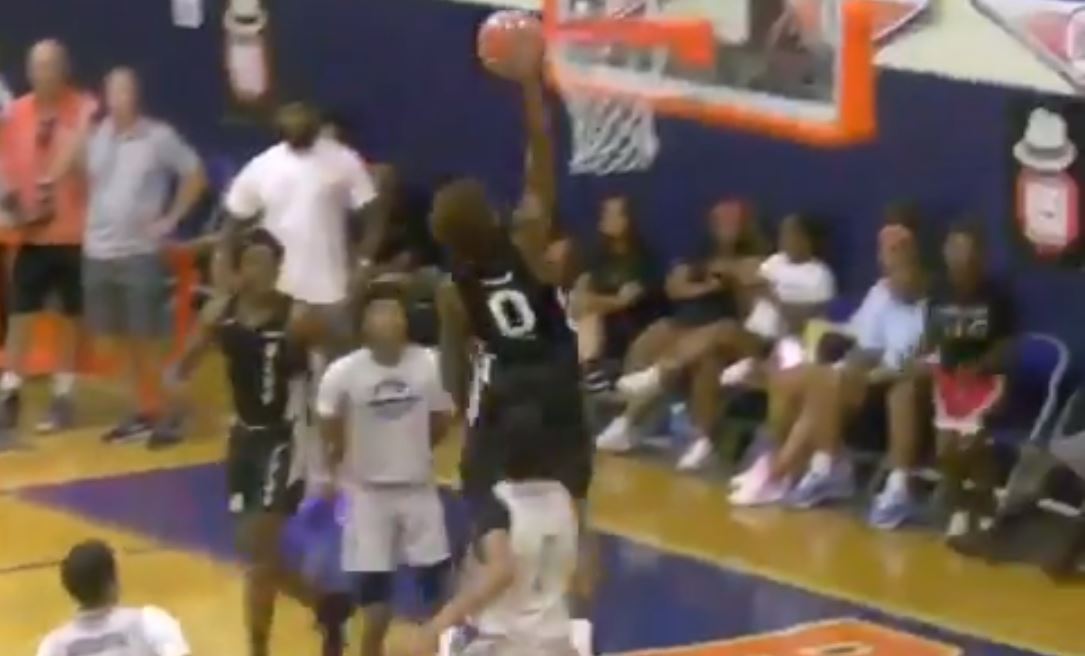 The end of the NBA career of Miami Heat legend Dwyane Wade has him looking toward the future regarding potential prospects. On Saturday, he paid tribute to LeBron James Jr. for a dunk that he delivered during summer league competition.

Wade has a particular interest in watching the oldest son of his close friend, former Heat forward LeBron James, who is seen in the above video enthusiastically celebrating his son’s dunk. That’s because Wade has effectively been following the younger James since he was born in October 2004.

Much like his father was two decades ago, James Jr. is garnering plenty of attention for his on-court play. That attention has primarily been from the media and college scouts who hope to have him play at the their school in the next few years. He’s already shown enough that he’s reportedly already received scholarship offers.

Wade is also focused on his own son, Zaire, who’s much closer to choosing a school to play for beginning in the fall of 2020. The younger Wade has also received multiple scholarship offers, but has yet to make a final decision on his destination. Two schools that have been publicly noted as offering him a scholarship are the University of Rhode Island and DePaul University.