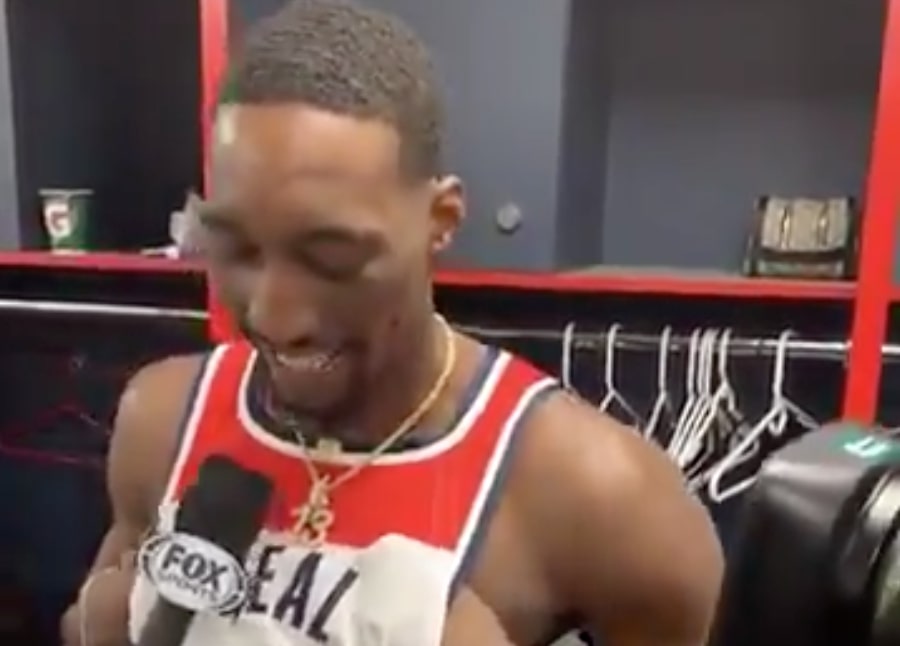 The Miami Heat defeated the Washington Wizards on Sunday night.

After the game, Heat star Bam Adebayo donned the jersey of Wizards star Bradley Beal. Adebayo kept the jersey on while fielding questions in the team’s locker room.

Bam Adebayo with a signed Beal jersey after Wizards-Heat? pic.twitter.com/FrK8SRIahl

Minutes later, Beal took to social media to express his approval of Adebayo’s choice of attire following the game.

Both players had a big impact on Sunday’s game. Beal finished with 23 points, six assists, three rebounds and two blocks.

Adebayo played a major role in the Heat’s 100-89 win. He finished with a team-high 27 points along with 14 boards, six assists and a block.

Beal and the Heat have been linked for quite some time. Earlier this season, there were rumors that the Heat were looking for ways to trade for Beal.

Perhaps Adebayo wearing Beal’s jersey is the big man’s way of showing the guard that he would be a valued figure in Miami.

Whatever the reason, it’s clear that there is quite a bit of mutual respect between the two young stars.

With Sunday’s win, Adebayo and the Heat will now get a few days of rest before hosting the Charlotte Hornets on Wednesday.