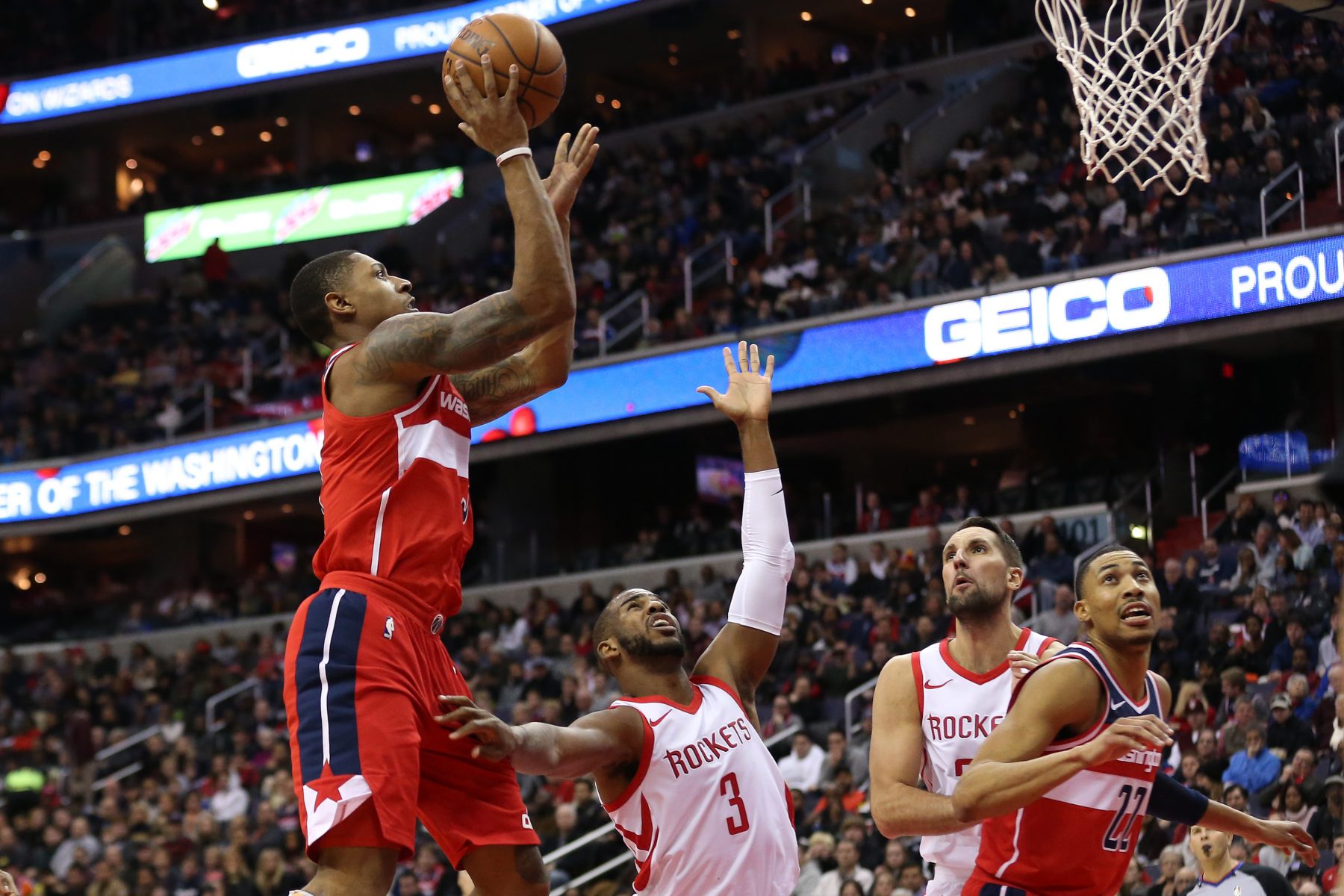 The Miami Heat’s goal to surround Jimmy Butler with additional star talent has not yet been achieved.

In a recent article, a Heat insider offered a path that could conceivably result in both of those players ending up in South Florida in the near future.

Barry Jackson of the Miami Herald looked at the complicated situation facing the Heat in such acquisitions. That was followed by an explanation of how the deal could take shape.

“The most realistic scenario for a Heat Beal/Paul trade combo: Beal conveys to the Wizards before next February’s trade deadline that he does not intend to stay with the team beyond the expiration of his contract,” Jackson wrote. “Miami then goes to Washington and OKC with simultaneous offers.

“The Heat would agree to acquire Paul – who has three years and $124 million left on his contract – in exchange for the expiring contracts of Goran Dragic and Meyers Leonard plus James Johnson, but on the condition that OKC does something that ESPN’s Brian Windhorst has said it is willing to do — give the Heat back one of its picks (2021 or 2023) in exchange for a future pick.”

Jackson then explained that by getting that future first-round pick, the Heat would then be able to deal that selection along with current Heat players to the Wizards for Beal.

One drawback in the proposal is that it would again cost the Heat young talent like it did with the loss of Josh Richardson in the Jimmy Butler deal.

“Miami then could offer Justise Winslow, Dion Waiters, the 2020 first-round pick and Tyler Herro for Beal,” Jackson wrote. “And if that’s not enough, Miami could ask OKC for a second first-round pick that would be eligible to be traded to Washington.”

Acquiring Paul would mean paying him $44.2 million during the 2021-22 season. Plus, signing Beal to a contract extension would also likely involve paying him similar money. Regardless of whether such deals are viewed from the personnel or financial side, the cost would be high.

Yet the talent of Paul and Bradley is undeniable, which explains why the Heat are so eager to see if they can bring them to South Florida.

Making the above deals become a reality, especially with Beal, will be a challenge that involves trying to win trade negotiations against other NBA teams.