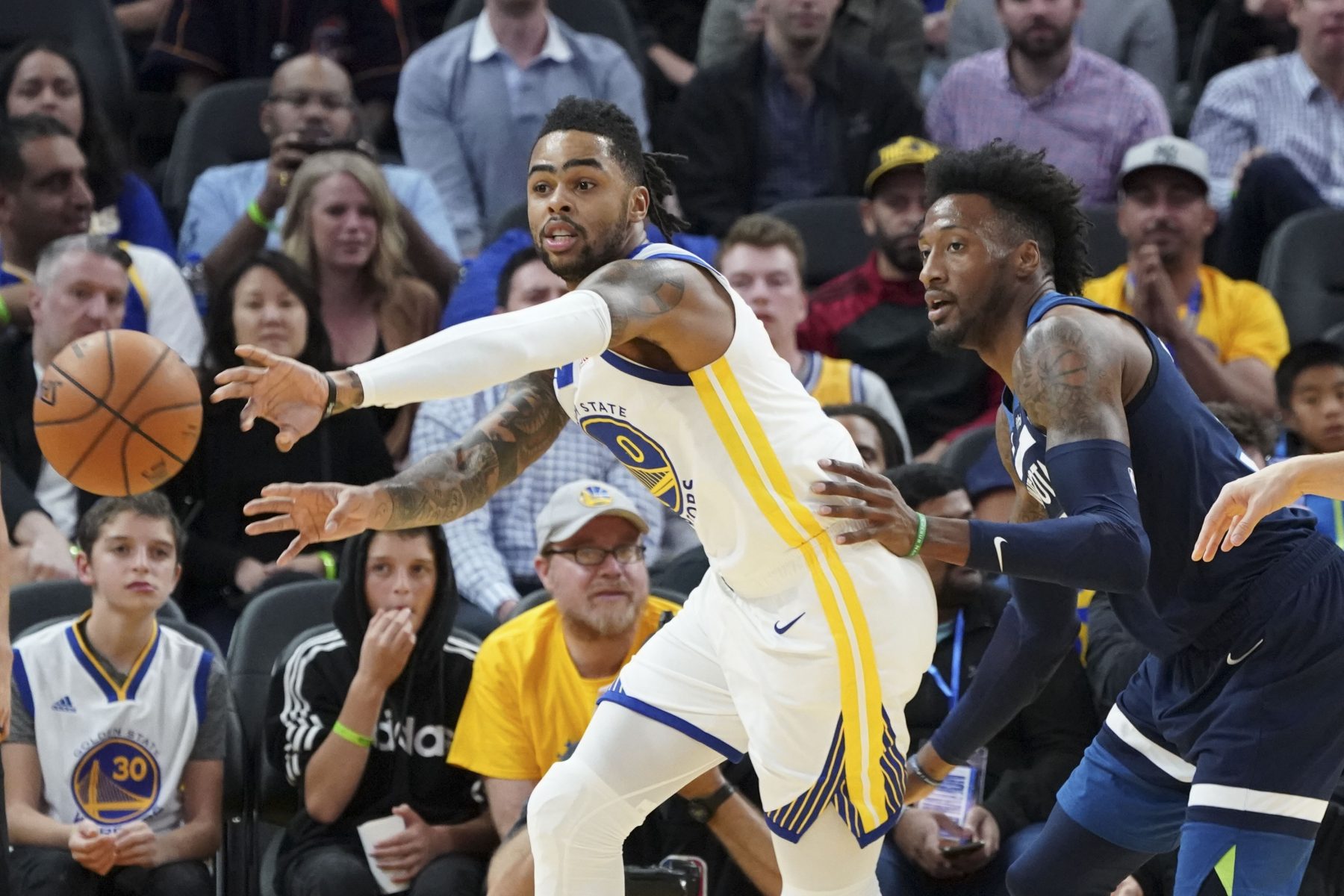 While Dwyane Wade retired from the Miami Heat after the 2018-19 season, his impact on basketball continues through his connection to Chinese-based company Li-Ning.

A new report indicates that Golden State Warriors guard D’Angelo Russell is getting to closer to signing a deal to endorse the company’s Way of Wade brand sneakers.

Basketball development of a different sort from China: The Li-Ning brand Way of Wade has been pushing to close a lucrative deal with new Warriors guard D'Angelo Russell to make Russell a brand ambassador, according to industry sources

The 23-year-old Russell is in his first season with the Warriors after splitting the first four years of his NBA career between the Los Angeles Lakers and Brooklyn Nets. During the past offseason, he was one part of the sign-and-trade deal involving former Warriors forward Kevin Durant, who’s expected to miss the 2019-20 campaign for the Nets due to an Achilles injury.

In Russell’s four seasons in the league, he’s averaged 16.5 points, 5.1 assists, 3.7 rebounds and 1.2 steals per game. Exactly how much he’ll be paid during his time as the brand’s ambassador is unknown, but he’ll be making plenty of money on the court.  Earlier this year, he signed a four-year contract extension worth $117 million and is scheduled to earn $27.29 million for this season.

Wade’s relationship with Li-Ning began in 2012, four years after Wade was part of the Team USA “Redeem Team” that captured the men’s basketball gold medal at the Summer Olympics in Beijing. Last year, the company re-signed him to a deal that was described as a lifetime contract.

The lone chance that Heat fans will have the chance to see Russell this season is when the Warriors come to AmericanAirlines Arena on Nov. 29. The Heat will then face the Warriors in the new Chase Center on Feb. 10.