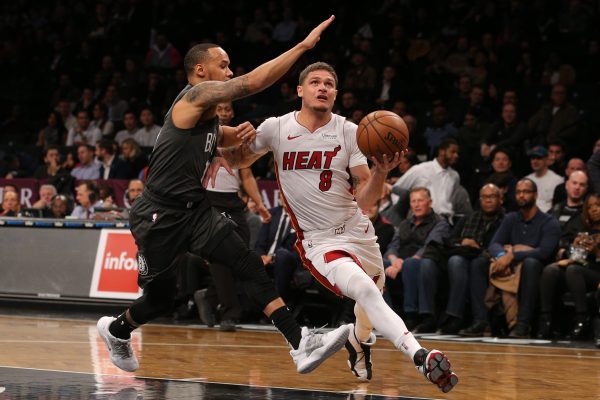 Despite the Heat’s underwhelming start to the 2018-19 NBA season, Johnson think fans are ridiculous for wanting the team to start intentionally losing, per Shandel Richardson of The Athletic:

“It’s fucking dumb,” guard Tyler Johnson said of the thought of tanking. “If you really think that as a fan, I don’t think you’re a true fan.

Johnson, 26, doesn’t appear to have any respect for fans who want the Heat to start dropping games for the chance to acquire a high draft pick next year. While the team hasn’t been fully healthy, they’ve been losing multiple games that they should have won against lower-tier teams. Still, Johnson believes the Heat should be showcasing their best talent after proving to be a playoff club last season.

“Why would you ever not want to put your best product out there?” he continued. “We were a playoff team (last year). People jump ship at the first sign of trouble. In today’s society, that’s like built in. Any time something is too hard, you just don’t do it anymore. You just quit. I think that’s what’s so satisfying about the direction of this team. Every season is different. We had to go through a lot of stuff early. We don’t make excuses about it, but you see that we’re trending in the right direction.”

While 6-foot-4 shooting guard has a strong point, the Heat simply haven’t shown the consistent willingness to win on the floor. Already this season, the Heat have dropped two games each to the Orlando Magic, Charlotte Hornets and Atlanta Hawks, all squads that missed the postseason last year. It’s gotten so bad at times that veteran guard Dwyane Wade scolded the Heat last week for their lackadaisical approach against lowly teams.

“It is disappointing to hear (tanking talk) because I guess that’s the way of the world now,” Johnson said. “You can’t find yourself as a person or as a team if you don’t go through difficulty.”

Tanking has never been in the Heat’s culture, and it’s great to see the players get behind the franchise’s DNA. After starting the 2016-17 campaign 11-30, the team was able to turn the season around and nearly make the playoffs. There’s no reason they can’t do the same now.