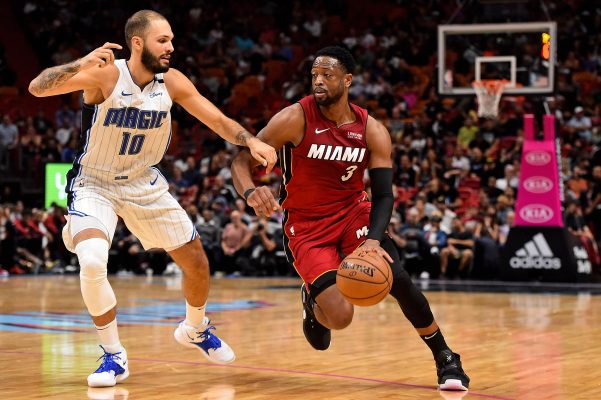 After getting throttled by the Orlando Magic on Tuesday night, emotions ran high for the Miami Heat.

In addition to the team’s highest paid player, Hassan Whiteside, leaving the game early, veteran guard Dwyane Wade expressed his displeasure with how the Heat are approaching contests against underrated teams this season, per Barry Jackson of the Miami Herald:

“I would rather play Golden State than Orlando today coming off of winning two. I knew everyone would be locked in and would have to their jobs playing against a team like that. There is something about when we play a team that people don’t see on TV every night that we don’t play with the same focus that we need to.”

Wade, 36, has a very good point. Despite beating two Western Conference teams that made the second round of the playoffs last year in the New Orleans Pelicans and Utah Jazz, the Heat barely gave the Magic a challenge. In fact, they’ve barely given anyone in their division a challenge.

Although no team in the Southeast Division has a winning record, the Heat are an abysmal 1-7 against the lowly group. The terrible play has led to some calling for the team to tank, though most fans don’t want to see Miami take that route. Wade remains optimistic that the Heat can learn and bounce back.

“Hopefully the next time you’re in a situation like this you learn from it,” Wade added. “We’ve got to go out there and figure out a way to play our game.”

The Heat will get another shot to fix things as they begin a six-game road trip against the Phoenix Suns on Friday.
[xyz-ihs snippet=”HN-300×250-TextnImage”]