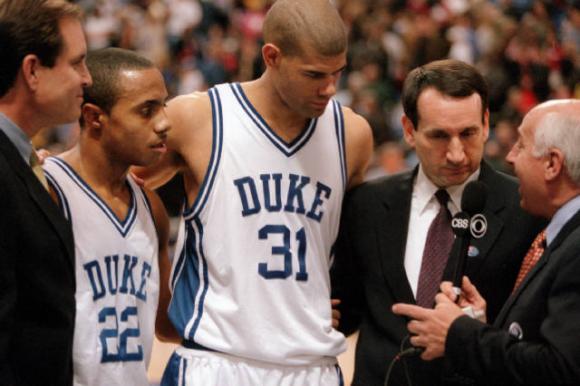 The glue guy, the player that does all the little things that don’t show up on the stat sheet— that’s Shane Battier. The ultimate teammate, the elite defender, the two-time NBA champion — that’s Shane Battier. After signing with the Miami Heat in 2011, who knows if the Heat would have repeated as back-to-back champions without “Battman.”

As the Heat are poised to go on another championship run, Jason McIntyre from the Big Lead confirmed that Battier has signed a deal with ESPN to become a college basketball commentator and analyst at the end of this NBA season.

It is no question that Battier will succeed in his new found position at the end of this year with his championship pedigree (both on the college and pro level) and basketball intellect. Battier actually confirmed earlier this season that he would indeed be retiring after the Heat’s playoff run.

Funny thing is, Battier was even offered to run for Senate in his hometown of Michigan, but passed. There is no doubt that Battier has the IQ to run for a political position, but we’re glad he’s staying with us in the world of basketball.

Battier’s length of contract in ESPN’s NCAA coverage is still unknown, as he and the network are awaiting until after the Finals to announce the deal.