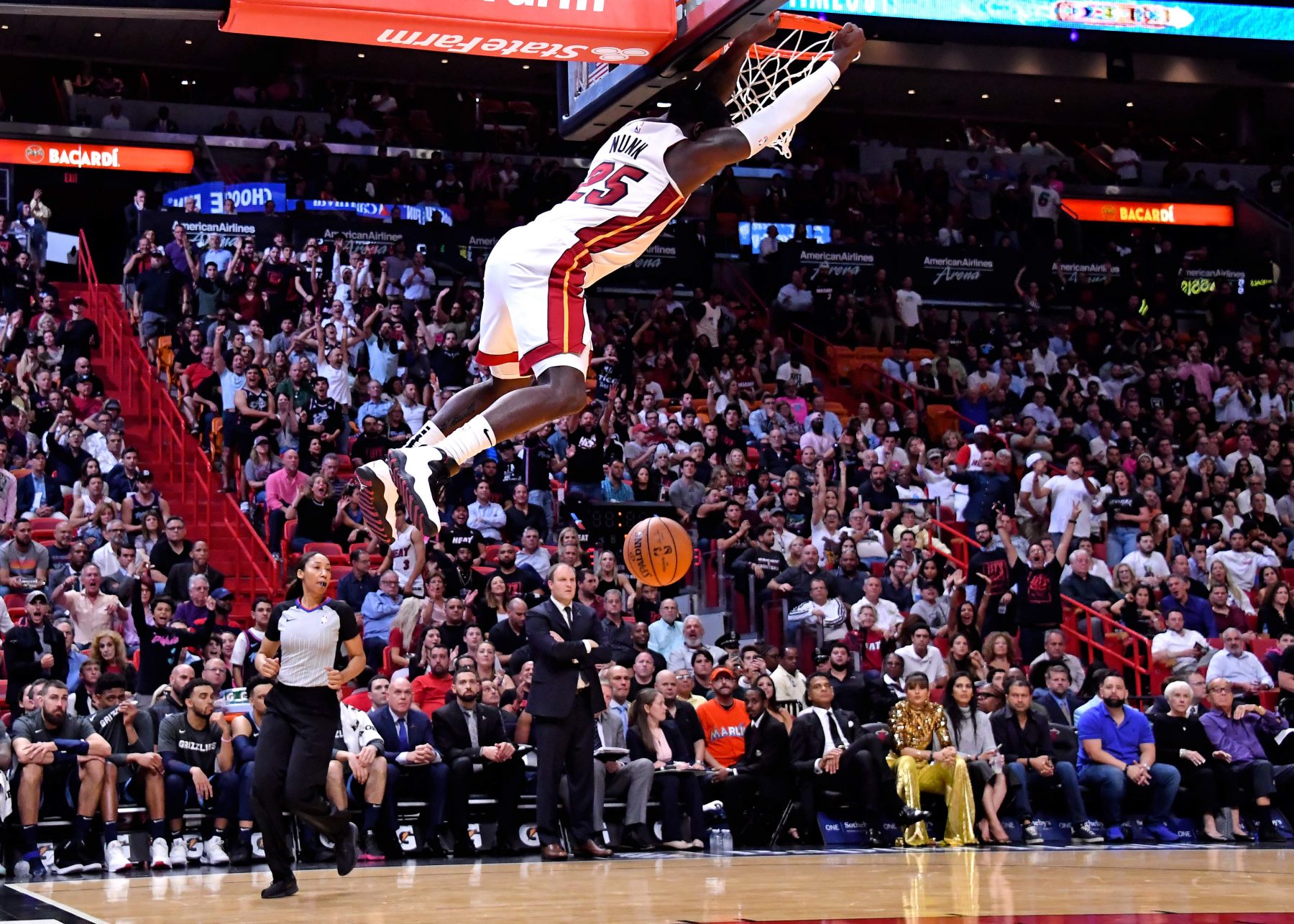 The Miami Heat have done it again.

Undrafted rookie Kendrick Nunn is the latest developmental project to thrive within the Heat organization.

In fact, according to Zach Lowe of ESPN, Nunn’s success has left other teams upset that they didn’t jump at the opportunity to snag the rising star.

“Several teams are kicking themselves about Nunn — not only the Warriors, who waived him out of camp a year ago and had him in the G-League,” Lowe wrote. “Others brought Nunn in for group workouts and chose other (worse) players, or tried to entice him with promises of a training camp deal this season. Miami went another route — a multiyear, nonguaranteed minimum — and snagged him.”

Nunn, 24, played three seasons at the University of Illinois, but an off-campus incident led the youngster to finish his collegiate career at Oakland University. Despite strong showings in his college years, Nunn was not selected in the 2018 NBA Draft.

As a result, the 6-foot-3 guard signed a contract with the Golden State Warriors and played for their G League squad last season. Yet, after apparently not impressing the Warriors enough, Nunn was cut.

On the last day of the 2018-19 regular season, the Heat swooped in and signed Nunn to a three-year, $3.1 million deal. Since then, the Heat have been thanking their lucky stars for that decision.

In the Heat’s victory over the Atlanta Hawks on Thursday, Nunn had a game-high 28 points on 10-of-15 shooting from the field.

Not only did the nationally televised performance put him in the history books, but it likely put Nunn in place to be a strong candidate for the Rookie of the Year award.

In fact, the underdog is leading all rookies in scoring with 22.4 points per game this season.