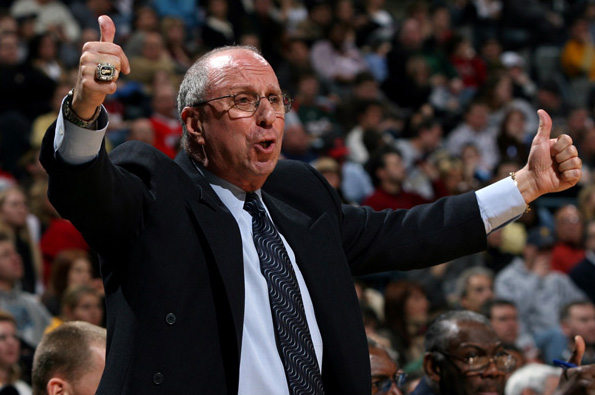 Earlier this week, Miami Heat assistant coaches Bob McAdoo and Ron Rothstein were both reassigned off the Heat bench without any clear indication of where they would be headed next.

However, the Miami Heat has announced today that Ron Rothstein has officially retired from coaching and will join Eric Reid, Tony Fiorentino and Jason Jackson on Miami’s broadcast team as well as serve as a Corporate Liason. It has also been announced that Hall of Famer Bob McAdoo will join the Heat’s scouting staff and serve as a Community Liason.

Rothstein has over 40 years of experience in the world of basketball and will bring his wide array of knowledge to the Sun Sports studio as he joins the Heat broadcast team. For Rothstein, this will be the second time that he has been a part of a broadcasting team as he previously served as a color commentator for the Detroit Pistons in the 1991-1992 NBA season.

As for McAdoo, he will delve into the world of player personnel and scouting where he will serve as one of the lead scouts under Heat Vice President Chet Kammerer. McAdoo’s duties and responsibilities will include scouting players on the NBA, international, and college levels.

When asked about the departure about both Rothstein and McAdoo, Heat President Pat Riley stated,

“Both Ron and Bob were instrumental in the success of the HEAT and their contributions to our three championships cannot be overstated. They are HEAT lifers and I’m happy that they will continue to be an important part of the organization as they evolve into their new roles within the HEAT family.”

“I want to thank Ron and Bob for their guidance, wisdom and dedication that they provided to me when I took over as head coach. I especially want to thank them for all their hard work and support these past six seasons. They were a huge part of all our team success. Moving forward, having their great basketball minds just down the hall will continue to be invaluable.”


We would like to thank both assistant coaches for their tenure on the Heat bench and wish them the best of luck on their new journey.
[xyz-ihs snippet=”Responsive-ImagenText”]