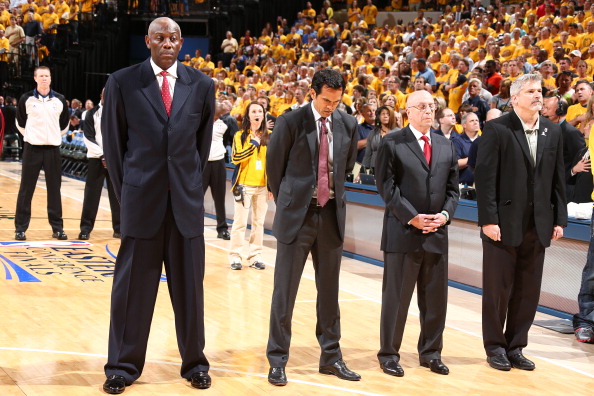 As if the post-LeBron James overhaul of the Miami Heat roster wasn’t enough, it looks as if the coaching staff is about to go through some changes as well.

As reported by Adrian Wojnarowski of Yahoo! Sports, Ron Rothstein and Bob McAdoo will no longer be a part of Erik Spoelstra’s coaching staff. Not only that, but they are both expected to be completely off the Heat’s bench.

This reassignment would allow former Heat player Juwan Howard to be promoted from his role in player development according to league sources.

Both Rothstein and McAdoo are still expected to have some type of role within the Heat organization because of how close they are to Team President Pat Riley and Head Coach Erik Spoelstra.