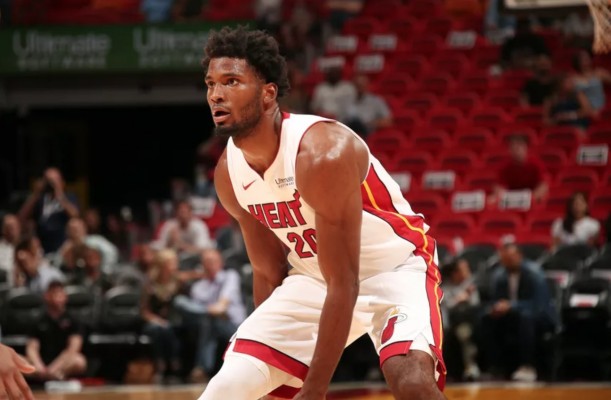 Miami Heat forward Justise Winslow had a real scare during Wednesday’s loss to the Portland Trail Blazers when he left the game with an apparent knee injury.

As is the case with all knee injuries, there was concern that Winslow had suffered a serious setback, but after undergoing tests it appears the injury won’t keep the talented youngster out for long.

Heat forward Justise Winslow's MRI returned clean on his injured left knee Thursday and hope is he can return within a week, league sources say.

Such an absence would mean four more games without Winslow. (Tonight at Charlotte, Saturday vs. Clippers, Monday in Atlanta, Wednesday in Boston.) https://t.co/OU0EU4XF07

So far this season Winslow is averaging 6.6 points and 5.4 rebounds per game. While those numbers don’t jump off the page, he is certainly gaining confidence as the season progresses. Just four days before he suffered the injury, Winslow put up one of his most impressive offensive performances of the season when he dropped 15 points on the Brooklyn Nets on 5-of-6 shooting from the field and a perfect 4-of-4 from beyond the arc.

It’s great news that Winslow won’t be out for long. He will surely look to build off his recent strong performance and continue to grow upon his imminent return.
[xyz-ihs snippet=”HN-300×250-TextnImage”]