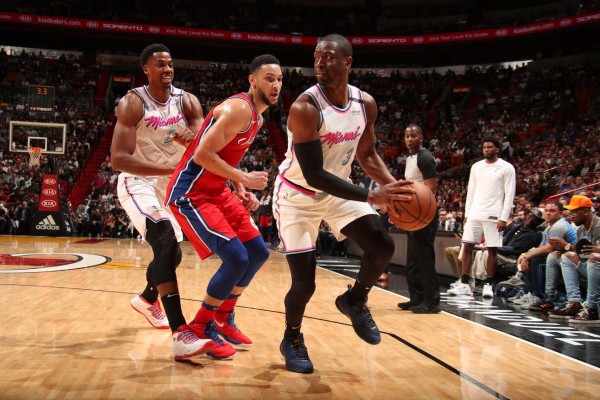 The Miami Heat are fighting to improve their chances in the upcoming NBA playoffs. That is being made quite difficult thanks to the fact that they are dealing with injuries to some of their most valuable players.

Hours before Wednesday night’s game against the Sacramento Kings, it was reported that Dwyane Wade and Hassan Whiteside were ruled out. To make matters worse, Josh Richardson is also doubtful for the game.

Josh Richardson doubtful for Heat with sore ankle. Wade and Whiteside out.

Wade suffered a hamstring strain during Saturday night’s win over the Washington Wizards, and Whiteside is dealing with an injury to his hip. As for Richardson, the talented guard is dealing with a foot injury that he sustained in Saturday’s win as well.

The Heat currently hold the eighth seed in the Eastern Conference, but are only half a game behind the Milwaukee Bucks for the seventh seed.

Luckily none of the injuries the Heat are dealing with at the moment seem very serious, but this is yet another point during this season where they have had to deal with multiple injuries at one time.
[xyz-ihs snippet=”HN-300×250-TextnImage”]