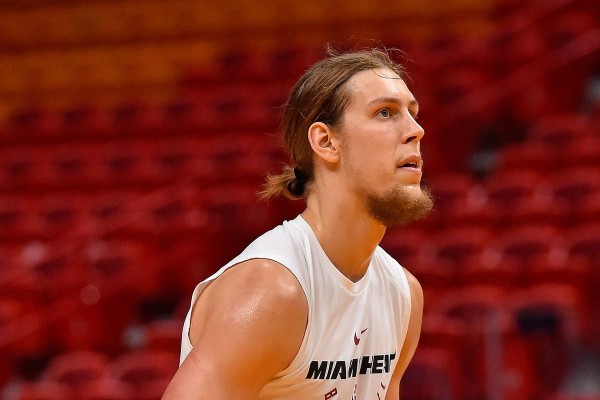 Training camp is about to start for the Miami Heat, yet not every player on their roster will be ready for day one.

“Pat Riley set the table Friday for the Miami Heat, clearing up several issues in advance of next week’s starting of training camp, including explaining why Kelly Olynyk will be out, why Justise Winslow won’t necessarily be in at point guard, and where James Johnson and Dion Waiters stand after being both in and out over the past two seasons,” wrote Ira Winderman of the Sun Sentinel.

“The newsiest element the Heat president offered was that Olynyk, who finished last season as the Heat’s starting power forward, will not be ready for the start of camp.”

“He’s still rehabbing from his knee injury with Team Canada,” said Riley. “I think from that standpoint, we’ll have 19 ready to go. I don’t know what the prognosis is on KO. But you might say some time during training camp that he’ll be ready or regular season. But he’s the only one.”

Olynyk suffered a bone bruise in his right knee in mid-August that ultimately kept him out of the FIBA World Cup earlier this month.

The former Gonzaga University standout was signed by the Heat as a free agent two years ago after playing the first four seasons of his career with the Boston Celtics. In his last season there, he played a key role off the bench as the Celtics won 53 games and advanced to the Eastern Conference Finals. There they lost in five games to the Cleveland Cavaliers.

Olynyk had been relatively injury-free in his first two seasons with the Heat, playing 76 and 79 games respectively and averaging double digits in scoring while being a decent threat as a 3-point shooter.

With Hassan Whiteside now playing for the Portland Trail Blazers, Olynyk may have the opportunity to gain more playing time in what will be his seventh season in the NBA.