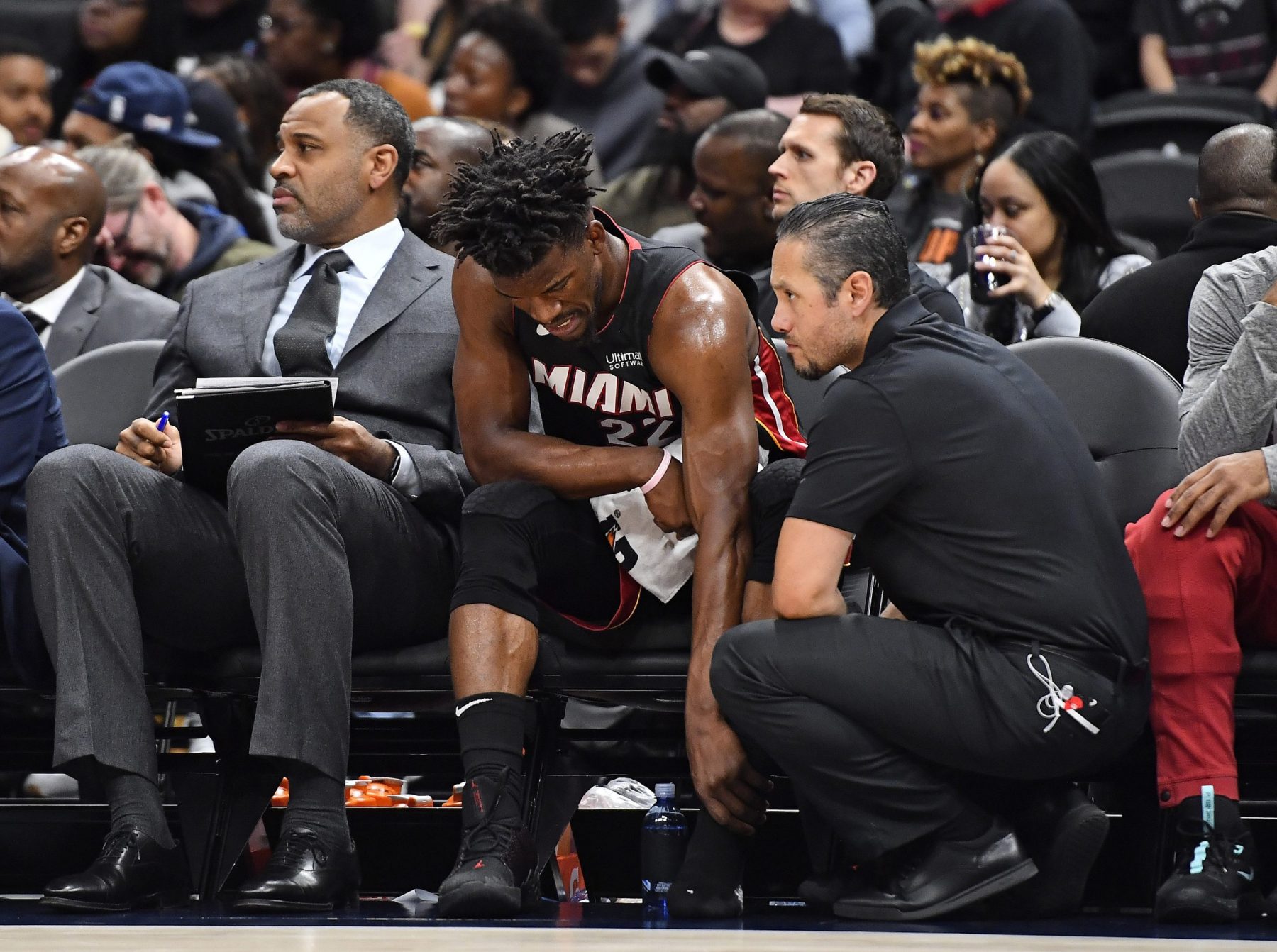 The Miami Heat won Sunday’s game versus the Washington Wizards, but they lost Jimmy Butler to injury in the process.

The All-Star forward injured his left toe during the third quarter of the 100-89 win and did not return for the rest of the game.

Luckily, shortly after the end of the game, Heat head coach Erik Spoelstra announced that the injury was not serious and no MRI will be needed.

Prior to his exit on Sunday, Butler recorded just nine points in 24 minutes of playing time.

The injury to Butler is another blow to a Heat team that is now dealing with a slew of injuries.

Along with the extended absences of players like Meyers Leonard and Tyler Herro, the Heat were also without Jae Crowder on Sunday.

Crowder was entered into the NBA’s concussion protocol over the weekend following a collision during Friday night’s loss to the New Orleans Pelicans.

The win on Sunday marked Miami’s fifth in their last six games. They’ll look to continue their winning ways on Wednesday night when they host the Charlotte Hornets.

Whether or not Butler is healthy enough to suit up for that game remains to be seen.