Report: Heat Unlikely to Add Beasley Due to Several Issues 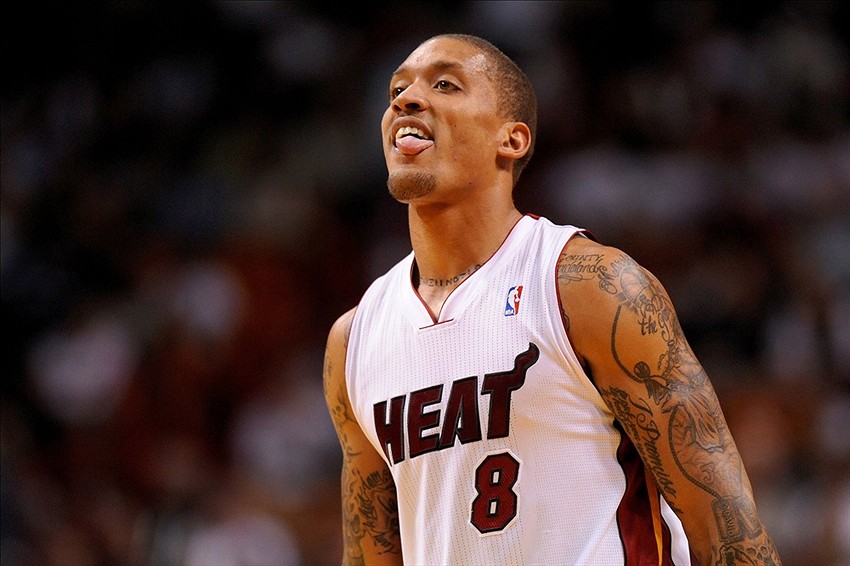 Recent reports, in particular one from Barry Jackson of the Miami Herald, suggest that the Miami Heat are not interested in bringing back free agent forward Michael Beasley from last season. Beasley has been a fan favorite for quite some time now, however his tumultuous career off the court has left many teams wary during free agency. The Heat have actually already given up Beasley’s number 8 from last season to newly signed forward Shawne Williams.

Jackson has has directly reported the following,

“A person with direct knowledge cited several reasons for the Heat’s lack of interest: Inconsistency, lack of trust in his defense (and ability to execute the Heat’s defensive system), and maturity/focus issues, which are still a concern even though he improved somewhat in that regard last season.

“The Heat has told Beasley it has not closed the door on a return, though Miami never really tells any free agent that it has ruled out a return. But Miami hasn’t made an offer to him, either, and it appears barring a change of heart that the Heat has moved on, having given Beasley’s jersey number to Williams.”

If you remember from last season, Beasley’s minutes were pretty inconsistent, where some nights he would see 20+ and other nights he would serve DNP’s. Some were scratching their head, wondering why Heat Head Coach Erik Spoelstra was yanking the 25 year old at several points throughout the season. According to Ira Winderman of the Sun Sentinel, it wasn’t because of one specific issue.

A party familiar with the situation insists there was no “flashpoint” last season, no incident yet to surface, no off-court or locker-room episode that doomed the No. 2 overall pick in the 2008 NBA Draft.

Instead, there was a mention of maturity, how there was an upgrade in that aspect over Beasley’s first two seasons with the team, but perhaps not enough to earn renewed trust for a season when every game has to matter.

So what do you think Heat Nation? Would you be willing to give Beasley another shot?
[xyz-ihs snippet=”Responsive-Ad”]