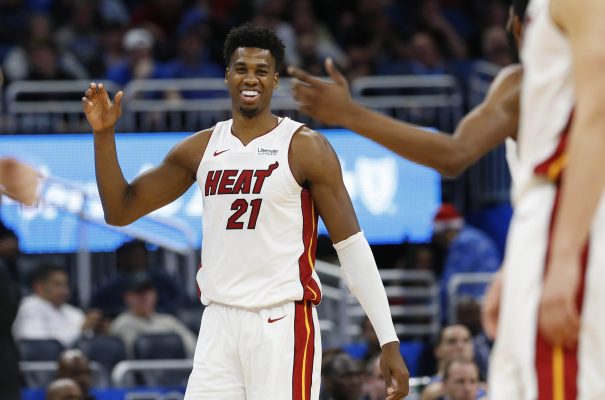 Following the Miami Heat’s heartbreaking loss to the Houston Rockets earlier this week, big man Hassan Whiteside mentioned that his hip was bothering him throughout the second half.

After it was initially reported that the hip would keep him out of Friday night’s game versus the Cleveland Cavaliers, it is now being reported that Whiteside is indeed available for Friday’s contest.

The Heat have won seven of their last 10 games and were enjoying a five-game winning streak before their last-second loss to Houston. Whiteside was a big part of that winning streak, averaging 11.4 points and 11.0 rebounds per game during that time.

He had another big game against the Rockets, finishing with 16 points, 12 rebounds, and three blocks in the game, despite missing much of the third quarter due to the hip pointer.

While it seems unlikely that the Heat will need Whiteside to win against the lowly Cavs, it would be nice to see him continue his string of productive outings.
[xyz-ihs snippet=”HN-300×250-TextnImage”]