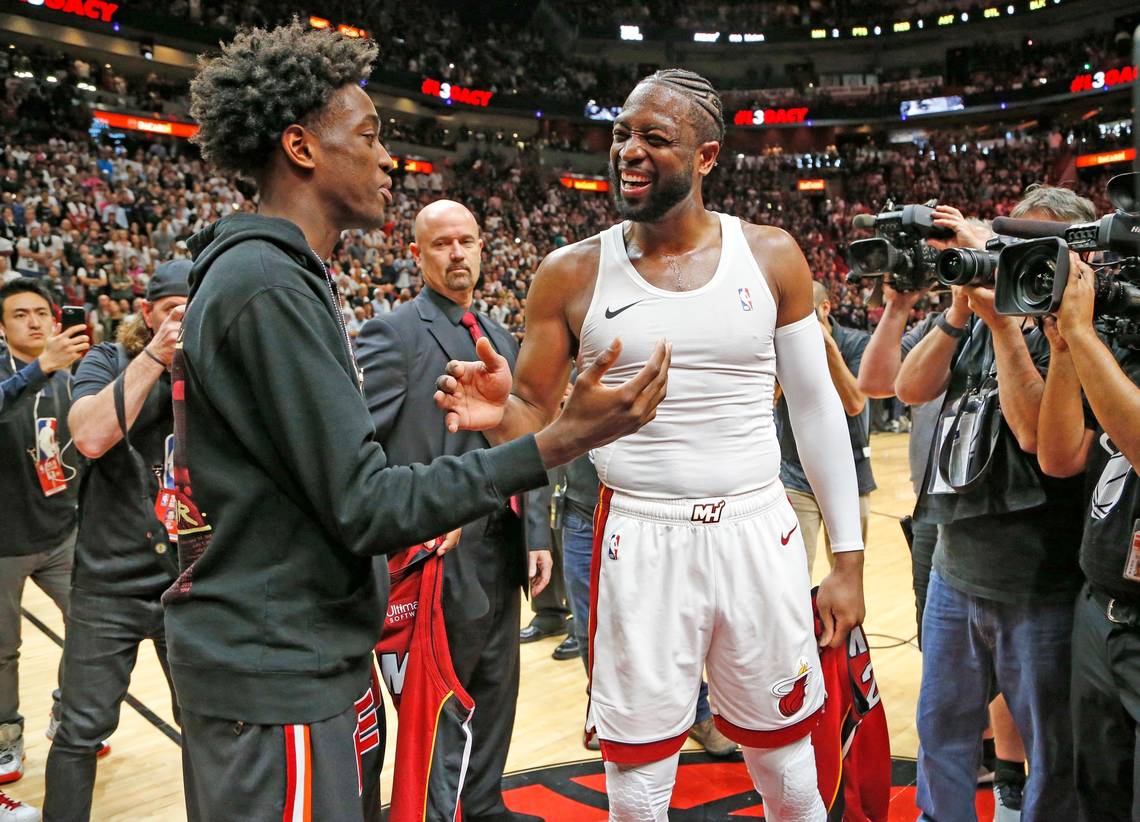 Miami Heat legend Dwyane Wade has added another project to his busy schedule.

According to the Hollywood Reporter, Wade has partnered with Vudu to develop a new docuseries that will focus on the lives of children of famous athletes.

Wade’s eldest son, Zaire, will be one of the individuals featured on the show.

“Walmart’s digital video service has ordered ‘Legacy’ about up-and-comers in their respective sports who all happen to be the children of famous athletes,” Bob Metelus of the Hollywood Reporter wrote. “The eight-episode series hails from Whistle and is executive produced by former NBA player Dwyane Wade through his 59th & Prairie.

“Wade’s son Zaire is among the athletes ‘Legacy’ will follow. The series will track the younger Wade’s final season of high school basketball. Vashti Cunningham, the daughter of former NFL star Randall Cunningham, will also appear as she trains for the 2020 Olympics. Other athletes profiled in the series will include Evan and Elijah Holyfield, the sons of boxer Evander Holyfield. While Evan is pursuing a boxing career like his father’s, Elijah is a running back for the Carolina Panthers. Additional subjects are expected to be named in the coming months.”

Along with the report, the former NBA star took to social media on Tuesday morning to express his excitement about the new project.

Since retiring from the NBA, the elder Wade has proven that he has no intention of slowing down as a professional.

Beyond that, he is already cutting his teeth as an NBA analyst on TNT after signing a deal with WarnerMedia.

For Heat fans, seeing the Miami icon dominate life after basketball is no surprise. The hard work and dedication he exemplified throughout his NBA career acted as a clear indication that he would find success after he hung up his sneakers for good.

This latest project is just another sign that the sky truly is the limit for the three-time NBA champ.