Report: Derrick Jones Jr. Was Set to Participate in Dunk Contest Before Getting Injured 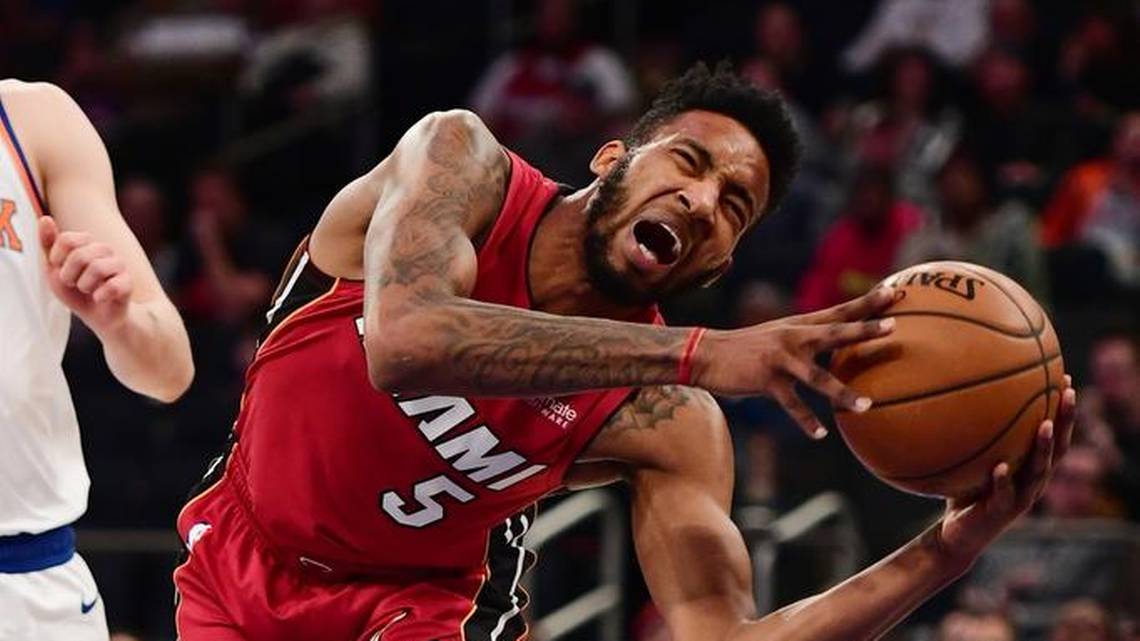 The right knee injury suffered by Miami Heat forward Derrick Jones Jr. took him out of the team’s rotation for an extended period. Those two bone bruises will also prevent him from competing in the NBA’s annual Slam Dunk Contest on Feb. 16 during All-Star Weekend.

Miami’s Derrick Jones Jr., as reported by @OMaroneyNBA, was originally set to participate in the event before suffering a knee injury. https://t.co/rwl38oKoC7

The 21-year-old Jones went down during the second quarter of Sunday night’s win at Madison Square Garden over the New York Knicks. The severity of the injury was such that he had to be helped off the court. While the possibility exists that he could return before the end of the regular season, he’s expected to miss between six to eight weeks of action.

Known for his athleticism and leaping ability, the 6-foot-7 Jones went undrafted in the 2015 NBA Draft after playing one season at the University of Nevada, Las Vegas. He was signed as a free agent by the Phoenix Suns, where he played 38 games over two seasons, splitting time with the team’s G League squad.

After being released on Dec. 7, 2017, he was signed to a two-way deal by the Heat on Dec. 31 of that year. After last season ended, he re-signed with Miami.

Prior to the injury, Jones had started five of the 37 games in which he’s appeared this season. He’s averaging 7.4 points and 4.4 rebounds, with his shooting from the field connecting on 51 percent of his attempts.
[xyz-ihs snippet=”HN-300×250-TextnImage”]