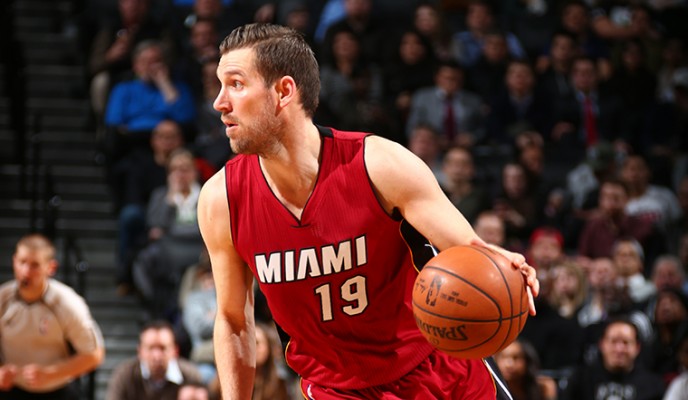 After sacrificing $90,000 in a buyout deal that allowed the Miami Heat to stay under the luxury tax last season, point guard Beno Udrih has a standing offer to return to the Heat.

According to Ira Winderman of the Sun Sentinel, the 34-year could be signed for the veteran’s minimum:

“A few things. First, the Heat might not necessarily stop at 18, with Beno Udrih essentially with a standing invitation at the veteran minimum if he cannot find more elsewhere.”

The Heat roster currently has a bevy of guards. Signing Udrih may not make much sense if the Heat are looking for him to transform the team on the court. However, the 13-year veteran could bring a lot of intangibles to the table.

Udrih has a great relationship with fellow Slovenian Goran Dragic, who lost two of his closest teammates (Luol Deng and Dwyane Wade) in free agency this offseason. In addition, the journeyman has plenty of experience and could serve as mentor to the Heat’s younger guards. Youngsters Justise Winslow, Josh Richardson and Tyler Johnson already have chemistry with Udrih and have garnered respect for him after the sacrifice he made for the team last season.
[xyz-ihs snippet=”Responsive-ImagenText”]