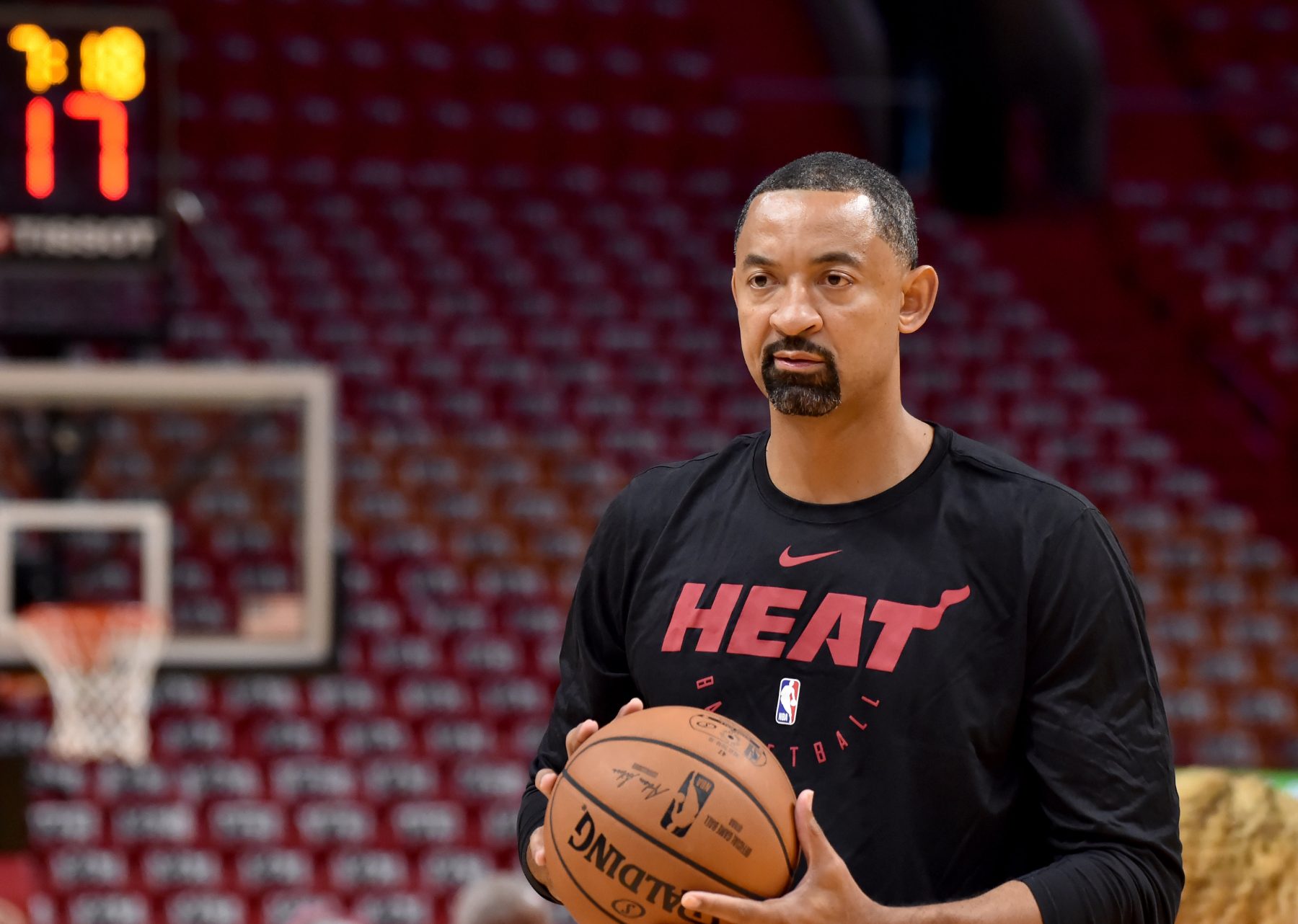 Miami Heat assistant coach Juwan Howard could be targeted by the University of Michigan for its vacant head coach position.

Michigan suddenly has a coaching spot to fill after John Beilein surprisingly left the Wolverines to join the Cleveland Cavaliers. And the school just might have eyes on Howard.

Juwan Howard is widely respected in the NBA and viewed as an up-and-coming coach. Has spent past six seasons as Miami Heat assistant. No college experience, but could be prime target for Michigan.

Howard has never coached college basketball or been a head coach at any level. However, he’s spent six years as an assistant coach for the Heat and has earned a stellar reputation along the way.

If Michigan were to call, it wouldn’t be the first team to show interest. Just a few weeks ago, Howard interviewed for the then-vacant head coach position with the Los Angeles Lakers.

It’s clear that Howard will be given an opportunity to be a head coach sooner or later. It’s just a matter of where that opportunity will come from.

The 19-year NBA veteran spent his final three seasons with the Heat. He averaged 2.2 points and 1.9 rebounds per game with Miami, and won two NBA titles.

Howard played three years at Michigan. He averaged 15.3 points and 7.5 rebounds per game for the Wolverines.
[xyz-ihs snippet=”HN-300×250-TextnImage”]