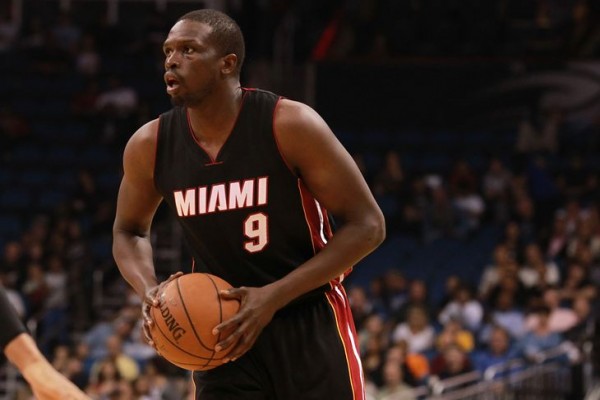 The Miami Heat just can’t get a break when it comes to injuries.

Though Luol Deng played the entire loss versus the Indiana Pacers without much of a problem on Sunday night, it was reported after the game that Deng had reaggravated a left knee injury that he initially suffered over a week ago. The injury caused him to miss the Heat’s loss to the San Antonio Spurs on March 31. He returned a couple nights later versus the Cleveland Cavaliers and scored 17 points in 36 minutes.

Ira Winderman of The Sun Sentinel reports the injury may be season-ending. Deng struggled through 29 minutes of playing time versus the Pacers, and shot a dreadful 1-of-8 from the field and scored just three total points.

Deng to get MRI on left knee Monday. His season could be over.

The injury list just keeps piling up for a Heat team that simply can’t afford it with just five games remaining. Both Hassan Whiteside and Chris Andersen missed the Pacers game due to injuries. Michael Beasley exited the contest during the fourth quarter due to a hyperextended left knee. The severity of his injury is not yet known.

As a result of the piling list of Miami’s injuries, Erik Spoelstra was forced start the 6’8″ Udonis Haslem at center and the undersized Henry Walker at power forward.

Both Deng and Andersen are questionable against the Charlotte Hornets on Tuesday night, while Beasley is doubtful. Surprisingly, Whiteside is being projected as a starter.

The Heat are currently on the outside-looking-in at the 10th seed in the Eastern Conference. They’ll travel back home to play the Hornets at 7:30 PM EST at the American Airlines Arena.
[xyz-ihs snippet=”Responsive-Ad”]