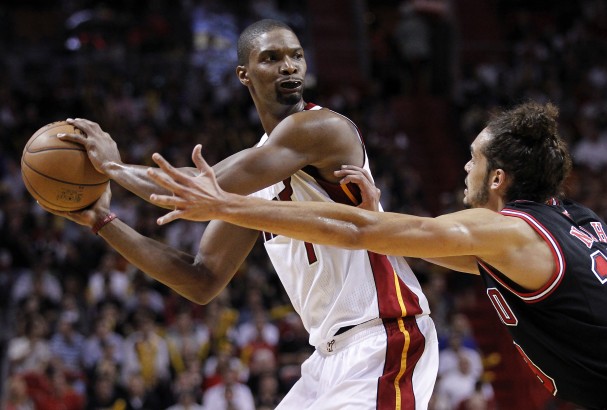 When the Miami Heat resume their season on the road Friday night against the Atlanta Hawks, Chris Bosh will not accompany them as he looks to come back from a calf injury that has at least temporarily put him back on the blood thinners he took last season.

The Heat’s official website reported the news and indicated that Bosh won’t be practicing on Wednesday. Other than indicating that he won’t be playing in Friday night’s contest against the Hawks, they offered no update on his current condition.

The Heat say Chris Bosh will not practice today and will not accompany the team to Atlanta for the game on Friday.

Bosh will essentially be unable to play until he is off the blood thinners, since doctors strongly advise against physical contact while taking them.
[xyz-ihs snippet=”Responsive-Ad”]