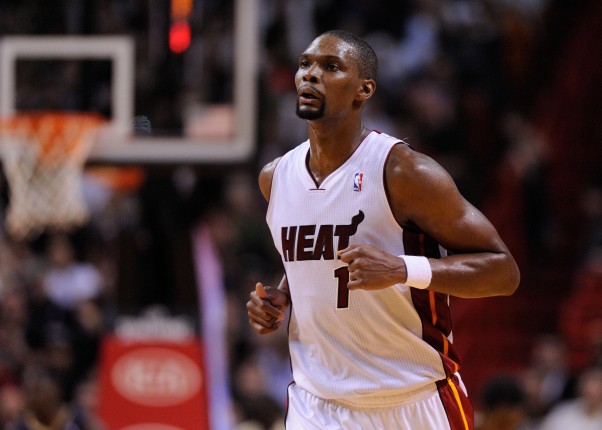 The concern from last season over blood clots has returned for Miami Heat forward Chris Bosh, who has reportedly resumed taking blood thinners to treat a clot.

An anonymous source who had knowledge of the situation told the Associated Press of Bosh’s decision. The reason stems from the veteran’s hope that the problem can be eliminated and he can resume playing for a Heat team that’s challenging for postseason play.

AP has been told that Heat forward Chris Bosh has resumed taking bloodthinners to treat a clot and has hopes of playing again this season.

The situation isn’t considered as serious as last year, when Bosh missed the Heat’s final 30 games of the season because a clot had moved to his lung. However, since playing and taking the medication simultaneously is strongly discouraged by medical experts, Bosh’s status for the remainder of the season is once again in doubt.

Bosh had taken himself out of this past weekend’s All-Star Game due to what the team described as a calf strain. Last season, Bosh believed that his problems had also started with a calf problem.

So far this season, Bosh has led Miami in scoring, averaging 19.1 points per game.
[xyz-ihs snippet=”Responsive-Ad”]