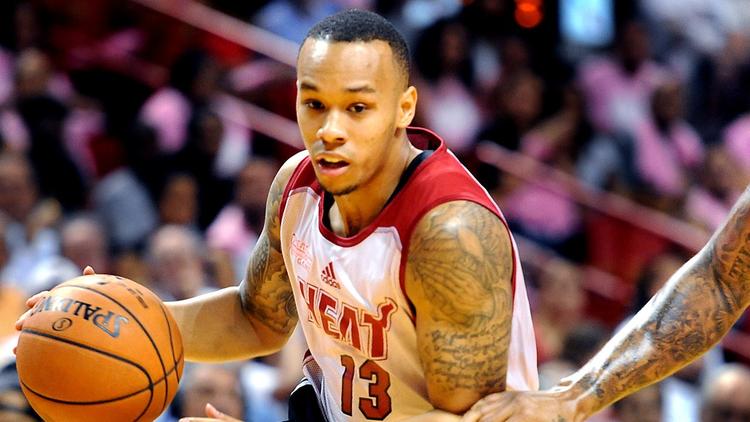 It appears Shabazz Napier and Hassan Whiteside’s stay with the Sioux Falls Skyforce was a short one after all.

The Miami Heat announced early Monday that they have recalled both Napier and Whiteside from their D-League affiliate. Both players were sent to Sioux Falls on December 13, just a day before the Heat were set to play the Chicago Bulls on Sunday night. Napier and Whiteside made one appearance for the Skyforce, leading the team to a 124-105 victory over the Iowa Energy on Saturday.

OFFICIAL: The @MiamiHEAT have recalled both Shabazz Napier & Hassan Whiteside from the @SFSkyforce (@nbadleague) – http://t.co/zTU2suztTd

Napier scored 22 points, notched three assists, two rebounds and a steal in the victory. Whiteside recorded 21 points, 12 rebounds and blocked four shots in his lone appearance for the D-League affiliate.

Both players will be available for Tuesday night’s game in Brooklyn when the Heat take on the Nets. In a November 17th 95-83 victory over the Nets, Napier scored 11 points on 4-of-8 shooting with three assists and three rebounds in 18 minutes of action.

Whiteside was signed by the Heat on November 24 and appeared in three games with the team before being sent to Sioux Falls. With Josh McRoberts sidelined indefinitely due to knee surgery, Justin Hamilton questionable (quad contusion) and Chris Bosh ruled out for Tuesday night’s contest versus the Nets, Whiteside will likely see a good chunk of playing time over the next couple of games.
[xyz-ihs snippet=”Responsive-Ad”]