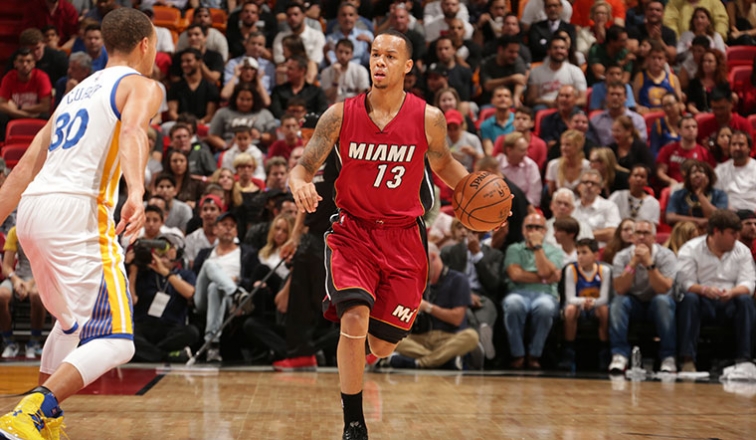 Shabazz Napier and Hassan Whiteside will be receiving more playing time. It just won’t be with the Miami Heat in the near future.

The Heat announced early Saturday that Napier and Whiteside have been assigned to the Sioux Falls Skyforce, a D-League affiliate of the organization.

With Chris Andersen set to return in the next few days, the Heat are already loaded on the front line as is, with Chris Bosh, Shawne Williams, Udonis Haslem, Justin Hamilton, Danny Granger and Josh McRoberts. Whiteside had filled in and played a few minutes in three appearances due to the absences of Andersen and McRoberts. The center totaled six points, four rebounds and one block in nine minutes of action since being signed to the active roster on November 24.

Move with Whiteside indicates Chris Andersen likely on the verge of returning from his sprained ankle.

Napier has been a key part of Miami’s rotation, averaging 5.7 points, 2.2 rebounds and two assists in 21.4 minutes of action per contest. The rookie point guard had served as the primary backup to starter Norris Cole at the one position.

Although both players will be sent to the D-League, they will still count toward the team’s 15-player maximum limit. These moves are designed to give both players more playing time and experience than they would otherwise.

The Heat are set to take on the Chicago Bulls  in their next game at the American Airlines Arena at 6:00 PM EST on Sunday night on Sun Sports.
[xyz-ihs snippet=”Responsive-Ad”]