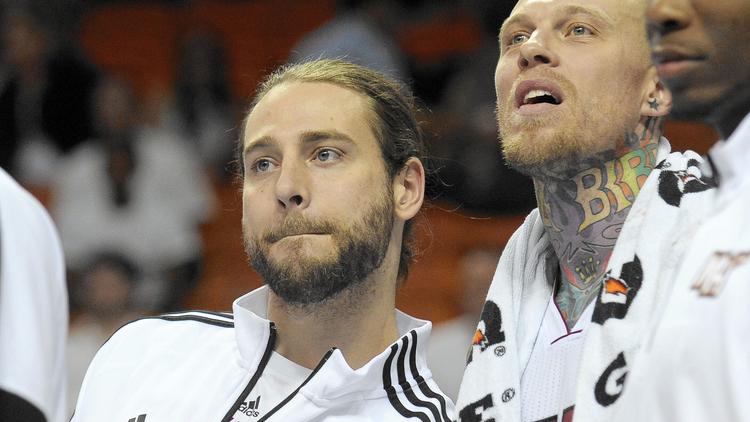 It would appear that Josh McRoberts won’t make his return in the season opener after all.

Less than a month after undergoing toe surgery, McRoberts is still not 100 percent. The Sun Sentinel’s Shandel Richardson reports that the power forward is likely to sit Wednesday’s opener versus the Washington Wizards. All previous reports indicated that McRoberts would be ready in time for the regular season opener, despite sitting out the entire preseason.

It has been a rough start to the veteran’s Heat career, as he has yet to even participate in a training camp practice with his new teammates. Throughout the preseason, coach Erik Spoelstra played around with different starting lineups due to McRoberts’ injury. For the majority of the preseason, Shawne Williams started in McRoberts’ power forward spot. Danny Granger even received a start at the four spot during the eight-game preseason schedule.

While it’s surprising to Heat fans that the 6’10” forward might miss the opener, McRoberts didn’t sound too surprised about the outlook:

“I wouldn’t use the word ‘surprised.’ A surgery like this takes a while. I knew it was a probability. I want to be back. Obviously, you never want to miss any time.”

To make matters worse, the 27-year-old continues to struggle with a back injury. In regards to his return from injury, McRoberts has made it clear that the situation is out of his control:

“It’s frustrating but at the same time I know it’s going to improve and I know that I’m doing everything that I can. The training staff has done everything that they can to get me back. It’s out of my control.”

If the Heat are to play without their projected starting power forward, the team would likely turn to Williams at the four spot. Over the last five games of the preseason, Williams averaged 9.8 points per game with 5.8 rebounds and 1.2 blocks per game in 28 minutes per contest. The six-year veteran’s greatest attribute is his ability to shoot from beyond the arc, as he shot 47 percent from three-point range, including a 5-0f-5 performance in the Heat’s 115-108 victory over the Golden State Warriors on October 17.
[xyz-ihs snippet=”Responsive-Ad”]