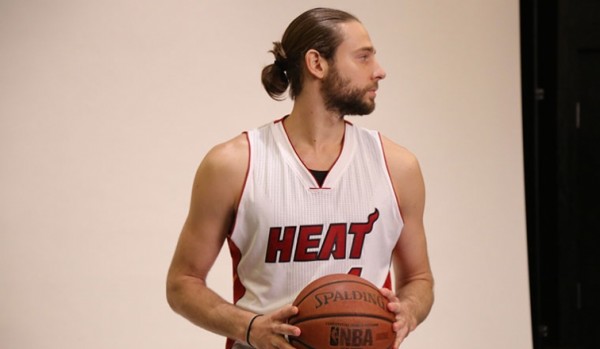 Newly acquired Miami Heat power forward Josh McRoberts, who has been recovering from toe surgery that he had over the off-season, says he will be ready to play in the season opener against the Washington Wizards, according to a report by Miami Herald’s Barry Jackson.

Heat forward Josh McRoberts, who hasn’t played in preseason because of toe surgery, said he expects to be ready for the Heat’s opener Oct. 29 against Washington.

McRoberts, who had been brought over by Pat Riley to supplant the loss of LeBron James, will be a critical piece of Miami’s puzzle this season as the team’s designated starting power forward. Journeyman Shawne Williams has been starting in McRoberts’ place in the meantime as McRoberts has missed the team’s scrimmage and both preseason matchups.

The 6’10” power forward from the Charlotte Bobcats will fit into Erik Spoelstra‘s offense perfectly as he has the ability to knock down the three-ball, which would allow Chris Bosh to revert back to being a low-post threat, while Dwyane Wade will have the freedom to cut and slash to the basket at will.

McRoberts currently has a deal extending beyond 2016 and is expected to be a major part of this team long term.
[xyz-ihs snippet=”Responsive-Ad”]